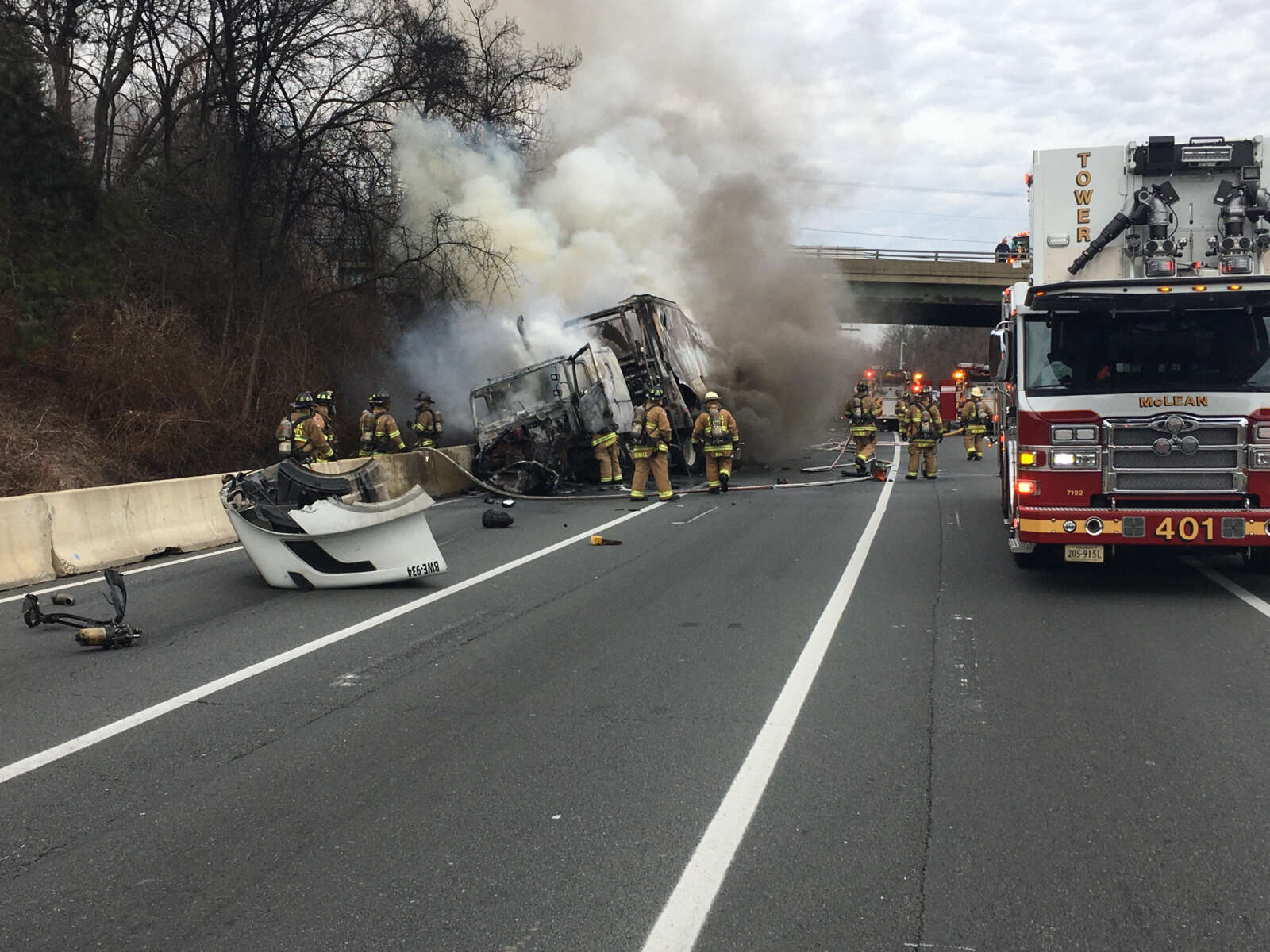 A single-vehicle crash involving a tractor-trailer brought the Capital Beltway (I-495) in McLean to a standstill yesterday (Sunday) afternoon.

The tractor-trailer was traveling south on I-495 when it crashed near the Georgetown Pike exit, the Virginia State Police said. The impact of the crash caused the vehicle to catch fire.

Police responded to the scene around 1:06 p.m., closing all southbound I-495 lanes and diverting traffic onto Georgetown Pike.

“The driver was transported to a nearby hospital for treatment of non-life threatening injuries,” the VSP said in a news release. “The crash remains under investigation.”

More than two hours after the crash, traffic queues stretched north into Maryland, according to the Virginia Department of Transportation. It wasn’t until around 6 p.m. that the first lane on I-495 was able to reopen.