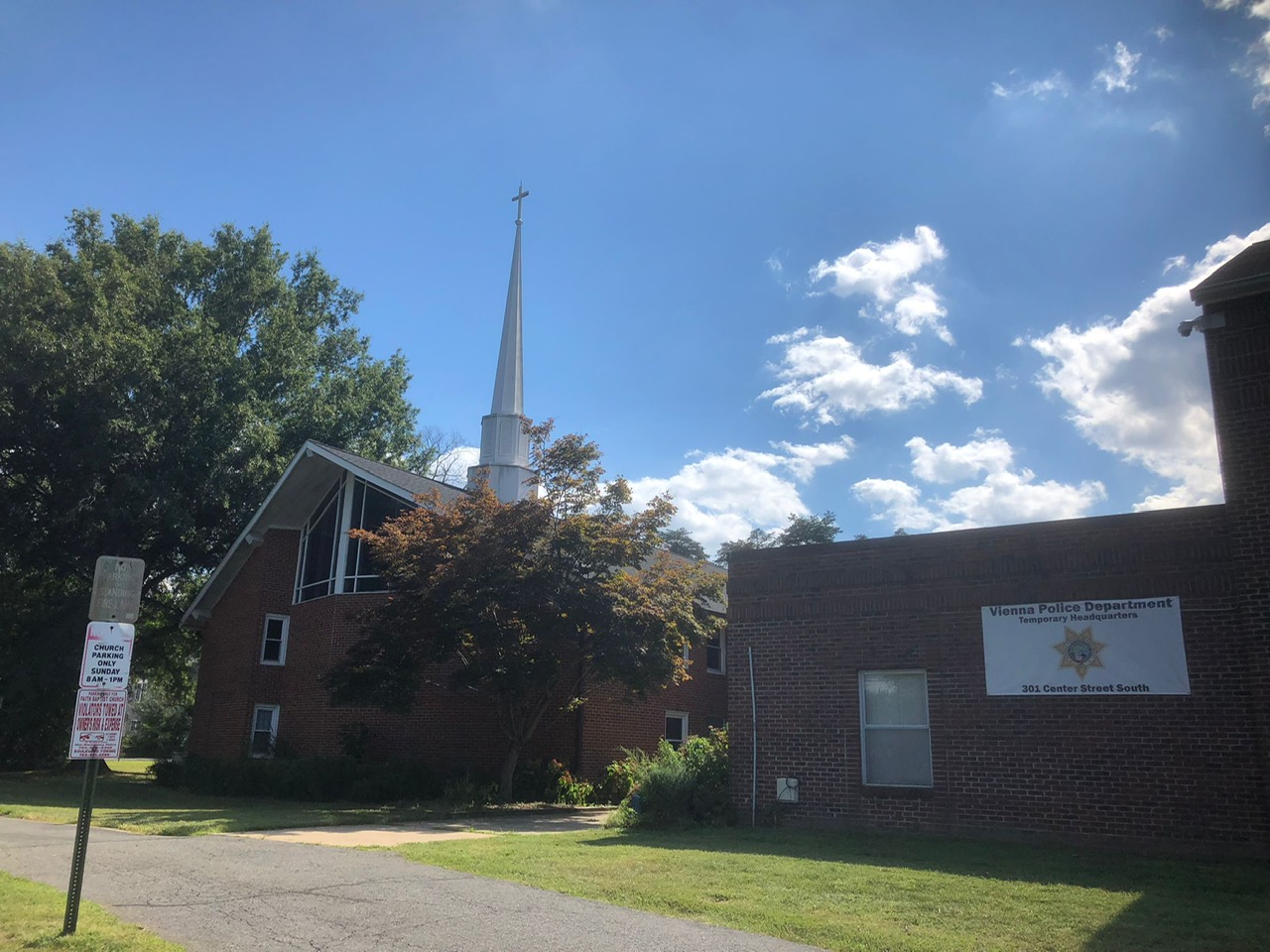 The cross atop the former Faith Baptist Church in Vienna will come down, but otherwise, the town has opted for a “wait and see” approach to the 3-acre property it purchased in 2020.

The Vienna Town Council unanimously voted on Aug. 29 to indefinitely postpone repairs to the roof of the aging building at 301 Center Street South.

While staff argued that improvements are needed to stop recurring water leaks, council members balked at the idea of investing hundreds of thousands of dollars into a building that they could ultimately decide to demolish.

“I would like to do the absolute minimum, even if that does cause some further damage to the building, rather than commit a lot of money,” Councilmember Chuck Anderson said. “If you spend a half million dollars on a roof, psychologically, you’re committed to that building, and I personally have not reached the conclusion that the best use for that property involves some sort of rehabilitation and repurposing of the existing structure.”