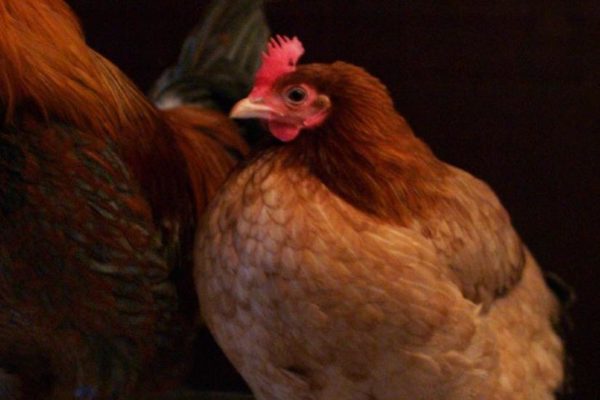 The Town of Vienna is laying some ground rules for residents eager to get busy with their birds and bees.

The keeping of chickens, honey bees, and domestic animals is among the many activities that the town is considering adding to its zoning code, which is undergoing its first major update since 1969.

Other proposed new uses range from community gardens and shared kitchens to electric vehicle chargers and independent living facilities, according to a draft that the Vienna Town Council will discuss in a conference session tonight (Wednesday).

Many of these activities can already be found in Vienna, but explicitly putting them in the zoning code will enable the town to impose regulations, including on where they can be located.

“New uses were based mostly on market demand and uses that are not currently clearly stated in our code and require standards, such as keeping of chickens, honey bees and domestic animals,” Michael D’Orazio, the town’s acting planning and zoning director, and acting deputy director Kelly O’Brien said by email.

Working with consultant ZoneCo, which was hired to assist with the Code Create Vienna project in the summer of 2020, town staff also looked at nearby jurisdictions to see what new uses should be added.

Public hearings on the revised zoning code are expected to start this fall, but town staff say they have been discussing a proposed update to the timeline with the town council.

Here are some of the major changes proposed in the latest draft, which was released in November:

Newly proposed residential standards require controlled beams for exterior lights used to illuminate signs, flags, statues, and other objects as well as architecture or landscaping, so drivers and pedestrians are shielded from the glare.

Outdoor search lights, lasers, and strobe lights will be prohibited.

“The residential standards are in response to concerns from some residents about a lack of lighting standards as well as to addresses potential safety issues such as preventing glare for pedestrians and motorists,” staff said.

Vienna’s zoning districts all have activities that are permitted and ones that may be allowed if they meet specific conditions.

The draft code adds a third “special use” designation for some activities, such as colleges and universities, that currently require a conditional use permit and often need site plan modifications.

“Also these uses typically have future campus planning involved that would be more appropriate to review with Town Council,” staff said.

The Town of Vienna sees cottage homes as a way to diversify its housing stock, since they’re smaller than a traditional single-family home but not as intense a condominium or apartment complex.

The town council approved a cottage-style development for the first time in September.

Staff propose permitting cottage housing in the Residential Multi-Unit district intended for denser housing, like duplexes and townhouses, and in the Neighborhood Transitional Zone, which falls in between single-family residential and commercial areas.

Cottage housing could also be a conditional use in the Avenue Center District, which consolidates the commercial zones along Maple Avenue. It’s seen as a option for larger parcels as a transition between the downtown area and neighboring single-family residences.

The draft code introduces electric vehicle charging stations as a general use in several commercial districts and as an accessory use throughout the town, except in the Parks and Conservation zone.

D’Orazio and O’Brien say the language is consistent with what Fairfax County used in its new zoning ordinance, which was adopted last March.

Restaurants and other food service establishments would be allowed to have permanent and temporary outdoor dining areas with an administrative permit, subject to rules related to how many parking spaces can be used and for how long, hours of operation, and noise limitations.

The regulations in the draft resemble a temporary measure that the Vienna Town Council approved in December. According to town staff, the language will be replaced once the council approves a permanent ordinance, which is expected to come before June 30.

Under the draft code, up to four chickens and four beehives will be allowed on residential lots.

Commercial activities, including breeding, boarding, and the selling of chicken eggs, will be prohibited, along with roosters and chicken slaughtering.

“Staff has received questions about whether these uses are currently allowed in the past but the code is silent on these specific uses,” staff said. “We are aware there are residents that already have some of these uses currently. This would give standards that would assist in determining compliance.”