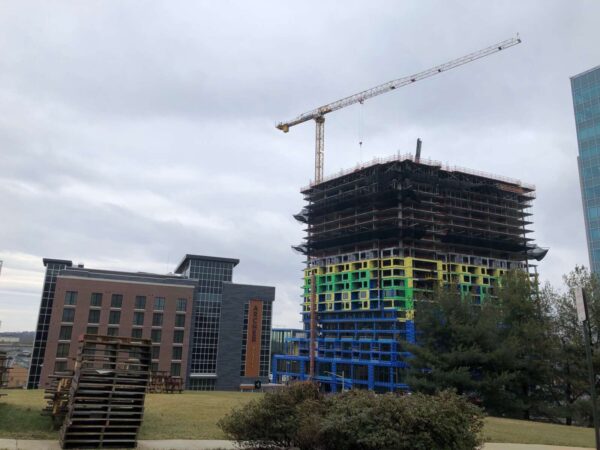 Idylwood Shooting Was a Suicide — Fairfax County police confirmed community reports that they responded to a shooting in the 7600 block of Virginia Lane near the W&OD Trail over the weekend. A spokesperson told Tysons Reporter that an individual died by suicide in a backyard, explaining that the department generally doesn’t publicly report suicides. [FCPD]

Funding for New 911 Model Approved — A budget review approved by the Fairfax County Board of Supervisors on Tuesday (Jan. 25) included Covid relief funds for 26 positions to support the first phase of a permanent program where police work with behavioral health specialists when responding to 911 calls. The county began piloting the co-responder model last year. [Jeff McKay]

“City View” Tysons Site Sold to Developer — An affiliate of D.C. developer Four Points LLC bought the former Association for Manufacturing Technology building site at 7901 Westpark Drive for about $10 million in late December. AMT was poised to build a 10-story office tower on the lot east of Tysons Galleria, but the site’s future under Four Points, which generally works on primarily residential mixed-use projects, is unclear. [Washington Business Journal]

McLean Gift Shop to Close — The Artisans will close in February after 32 years of selling handmade clothing, home decor, and other items, starting in 1990 at Marketplace of McLean before moving to its current location in the Langley Shopping Center. The owners plan to retire and are selling everything for 20% off. [Patch]