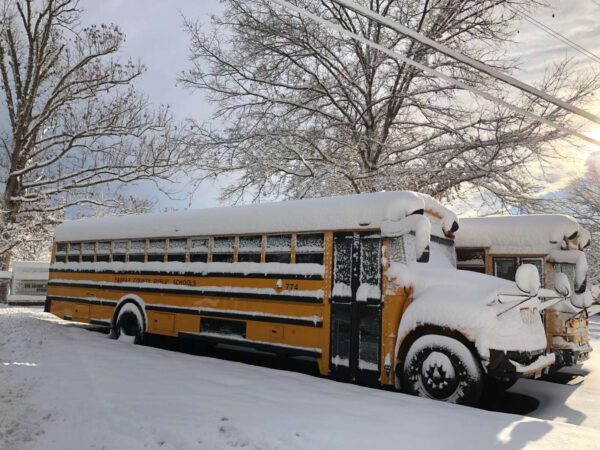 The region could see freezing rain between 4 a.m. and 9 a.m. tomorrow (Wednesday), according to the National Weather Service, following Monday’s snowstorm that pummeled the region with over half a foot of snow in areas.

The NWS has issued a “Potential Winter Commuting Hazard” for Fairfax County, warning that there is a 30-50% chance of light freezing rain after 4 a.m. “that could turn into a glaze of ice on area roads.”

“Plan ahead by staying off the roads if possible,” the county said in a blog post. “If you do need to travel, allow for additional time and be extra cautious and alert while driving.”

FCPS said in a Facebook post that meal distribution will return at regular locations on Thursday (Jan. 6), and school offices will open later in the day tomorrow (Wednesday).

The school system tentatively expects to open its COVID-19 testing sites to staff and students who are experiencing symptoms, though a final decision won’t be made until tomorrow morning. Pre-registration is required, and only PCR tests will be available.

Testing is not required for students to be able to return to schools, whenever they reopen.

FCPS’ announcement comes after Monday’s snowstorm caused tens of thousands of Fairfax County homes to lose power and hundreds of crashes. As of this evening (Tuesday), Dominion’s power outage map showed over 7,000 customers in the county with electric issues.

The storm disrupted travel, but Fairfax Connector buses were slated to resume tomorrow (Wednesday). County officials asked commuters to use its BusTracker system in case any detours were still in effect.