If you meet a dancer who grew up in Vienna within the past half-century, chances are good that they trained at Cuppett Performing Arts Center.

Commonly known as Cuppett’s, the family-owned dance studio is in the midst of its 60th season, and despite the challenges presented by the COVID-19 pandemic, its leaders hope to celebrate the milestone with the same enthusiasm and sense of community that has made it a beloved town institution.

“You might think this is silly, but several people over the years have told me that Cuppett’s has its own soul,” owner and co-artistic director Amy Cuppett told Tysons Reporter. “…It’s like the studio is a foundation right there, but what happens within those walls, it’s almost magical, and…a lot of our students, they’re friends for life.”

Cuppett’s has come a long way since Amy’s mother, founder Alzine Cuppett, started the studio in the basement of her Vienna home in 1962.

A professional dancer during the 1940s, Alzine trained under multi-hyphenate icon Gene Kelly through the school that his family ran in Johnstown, Pennsylvania. She performed at the Roxy Theatre in New York City, in the Broadway musical “Marinka,” and as a Radio City Rockette.

After World War II, she moved to the D.C. area with her new husband and was raising five children when the principal of Our Lady of Good Counsel asked her to teach dance to the Vienna Catholic school’s kindergarten students.

The classes proved so popular that Alzine’s husband built a dance studio into their house, and Cuppett Performing Arts Center was born, eventually outgrowing the basement and moving to its current location at 135 Park Street in 1980.

Born 10 years after her five siblings, Amy Cuppett recalls literally sleeping under a record player while growing up.

“She was a single mom at this point. If I wanted to be with her, I’d go downstairs and kind of curl up and listen to her teach,” she said.

Though she took ballet, jazz, tap, and other dance classes, Amy initially veered away from the arts as an adult, pursuing a college degree in finance and a career in real estate and mortgage banking. The stress of those industries wore her down, though.

She returned to Cuppett’s in 1996 with a child of her own and an unexpected desire to teach, despite her mother’s reservations about the high-reward, low-pay profession.

“Teachers don’t get paid what they should, in my opinion,” Amy said. “But it’s definitely something that you have to love, and at the time, that’s what I was feeling: this huge passion and very ambitious about my ideas that I had.”

With Amy using her business skills to assist Alzine, Cuppett’s grew from about 175 students to as many as 750 students at its peak prior to the pandemic. The center has expanded to 8,200 square feet with five studios, occupying almost half of Park Plaza. 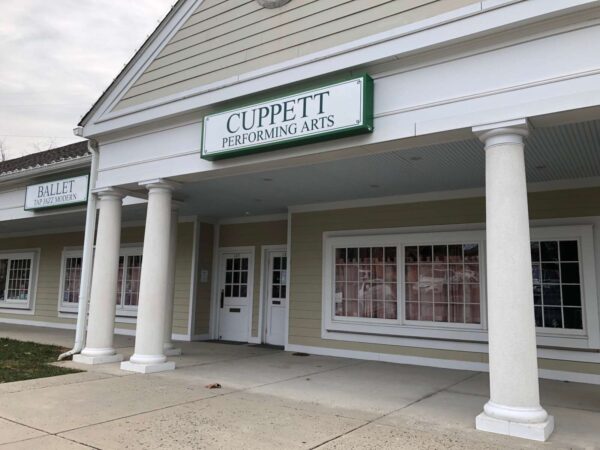 A Legacy Worth Celebrating

Even as its membership expanded, Cuppett’s has maintained a close-knit, congenial atmosphere that evidently inspires fierce devotion from both students and faculty, some of whom took Alzine’s classes when they were children.

Vienna resident Lauren Aggerwal started attending Cuppett’s as a preschooler in the 1980s and continued taking classes through high school. She describes the environment as “loving and supportive,” one that pushes students to challenge themselves but encourages them to see each other as teammates, rather than competitors.

“Growing up as a young girl and all those pressures in school, academically and socially, there’s so much pressure, and it’s stressful, so going to the studio was just such a nice place to be,” Aggerwal said, noting that she appreciated the opportunity to train with dancers of different ages.

Though she no longer actively dances, Aggerwal continued to perform through college and into her 20s, and she remains best friends with some of her former classmates. Her 4-year-old daughter started taking weekly classes at Cuppett’s this fall.

“Her teacher is not one that I had, but she loves it,” Aggerwal said. “She comes home and she tells me what she’s learned, and she’s learned all the terminology, and she loves getting her dance clothes on.”

Cuppett’s reach extends beyond the doors of its studio. In addition to participating in recitals and competitions, students regularly perform in the community, from local nursing homes to Town of Vienna events. The annual Vienna Halloween Parade is a particular favorite for many.

Past efforts have ranged from supporting a student whose father died in the 9/11 attacks to this year’s Giving Tuesday food drive, which collected over 200 pounds of food for the nonprofit Food for Others.

“My mom was extremely generous. I modeled after her,” Amy Cuppett said. “…I think it’s such a great thing for our students to kind of come out of their own selves and come together for the greater good of somebody else or another organization that needs help.”

Like other arts organizations, Cuppett’s has been hit hard by the pandemic. Enrollment dropped in half after the center pivoted to virtual classes in March 2020, a decline that Amy says was fairly standard for dance schools across the country.

While membership has ticked up to 65% of pre-pandemic numbers with the return of in-person classes, the organization relied on government relief, such as the Paycheck Protection Program, to survive, and Amy anticipates that it will take a long time to recover after losing money for a year and a half.

One upside to the smaller student body is that staff can lend each class a personal touch, making the parents and students “feel like they’re the most important thing in the world when they walk in the door,” as Amy puts it.

“We’re getting through it,” she said in an interview before the recent omicron surge. “…All of us [dance school owners] would love more students, more business right now, but it’s just not there until we get a better handle on the virus, and right now, it’s going in all different directions.” 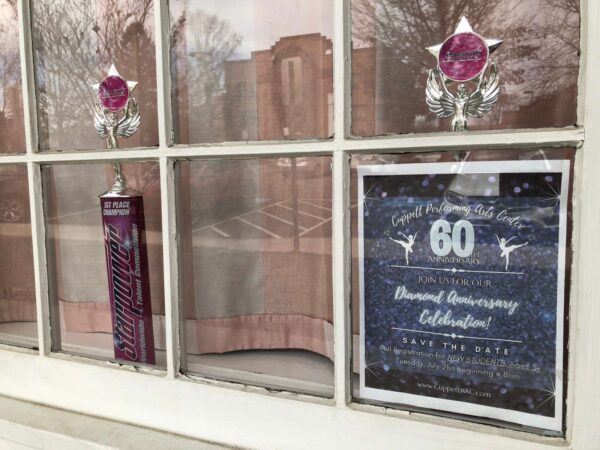 For Amy, the predominant feeling that has defined Cuppett’s 60th anniversary season is one of appreciation — for the students, her teaching staff, and the Vienna community.

After using the 50th anniversary to honor Alzine Cuppett, who died shortly afterwards in 2012, Cuppett’s hopes to conclude its 60th season with a recital in June loosely structured around tributes to all the people that make the center special, though exactly what form the show will take remains to be seen.

Cuppett’s has not had an indoor performance since the pandemic hit.

“It’s just really celebrating all the great things in life, which we’re kind of referring to as diamonds for our diamond anniversary,” Amy said.

Aggerwal says she’s thrilled to see Cuppett’s reach 60 seasons. She has fond memories of reuniting with her fellow dancers and former teachers to perform at the 50th anniversary recital.

“I hope that they’re around for 60 more years so that my daughter can grow up there and have a similar experience that I did,” she said. “…Being in the small town of Vienna, it’s so nice to still have those connections and great experiences for our kids.”