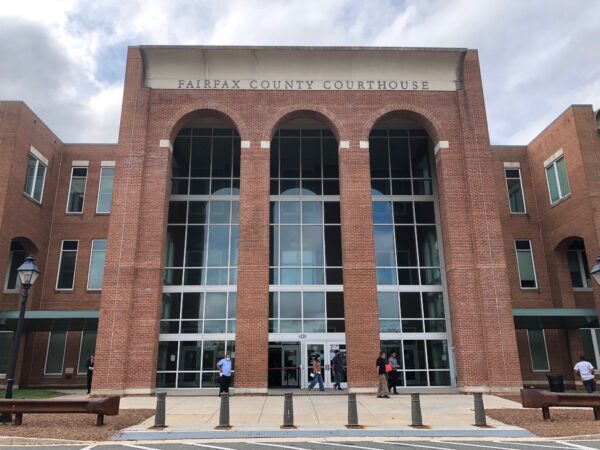 A retired priest who headed the Catholic Diocese of Arlington’s Office of Child Protection and Safety for seven years has been indicted for allegedly sexually abusing a boy in Fairfax County two decades ago.

Virginia’s Office of the Attorney General announced this morning (Tuesday) that a grand jury handed down two felony charges against Terry Specht, 69, of Donegal, Pennsylvania on Dec. 20.

According to the indictments, the abuse occurred between March 1 and Sept. 30, 2000 and involved Specht “intentionally touching…intimate parts or material covering such intimate parts” of a victim identified as G.H., who was a minor at the time.

Specht served as a priest in the Diocese of Arlington from 1996 to 2012, including as director of its Office of Child Protection from 2004 to 2011.

The Diocese of Arlington says it first received an allegation of sexual abuse against Specht in 2012. The allegation was reported to law enforcement, and Specht was placed on administrative leave while the diocese’s review board conducted an investigation.

According to a report by The Washington Post at the time, the investigation concerned abuse of a teen boy that occurred in the late 1990s while Specht was parochial vicar at the Saint Mary of Sorrows Catholic Church in Fairfax.

“The Review Board found the allegation to be inconclusive, and law enforcement never brought charges related to the 2012 allegation,” Diocese media relations director Amber Rosebloom told FFXnow in a statement, noting that Specht was granted a request for medical retirement in 2012 and has not served in priestly ministry since.

According to the Diocese, Specht’s role in its Office of Child Protection was as a policy administrator and instructor, and he was not involved in the 2012 investigation or in assigning priests. A subsequent third-party review of the office’s policies, staff, and procedures did not find any issues.

The Diocese says it reported a second, separate allegation of abuse that it received in 2019 to police and has shared information and files related to both allegations with Attorney General Mark Herring’s office.

Specht is the third person to face charges as part of an ongoing, statewide investigation of clergy-related sexual abuse, according to the attorney general’s office.

“Children should always feel comfortable around religious leaders in their life, without fear that they could somehow hurt them,” Herring said in a statement. “Our joint investigation with the Virginia State Police into potential clergy abuse in Virginia remains ongoing, and I am proud of the work that we have done so far.”

Specht’s case is scheduled to go to trial in October 2022.

Herring encouraged Virginians who might have information about this case or any other instance of clergy abuse to speak up. His office launched a clergy abuse hotline in 2018 that remains available 24/7 at 1-833-454-9064 and www.VirginiaClergyHotline.com.

“No matter how long ago the incident occurred, we will take it seriously and make sure that you get the help and support you deserve,” he said.

The Diocese of Arlington similarly encouraged people with information about Specht or other incidents of misconduct or abuse to contact the Fairfax County Police Department at 703-691-2131 or its victim assistance coordinator at 703-841-2530.

“The Diocese of Arlington has a zero-tolerance policy for abuse and continues to be fully committed to training our clergy, staff and volunteers to identify and report suspected instances of abuse,” Rosebloom said. “No one with a credible accusation of abuse of minors is serving in the Diocese.”