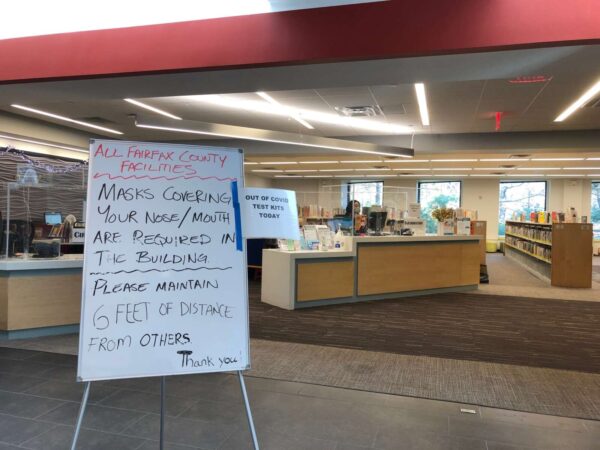 Real Estate Taxes Due Today — Fairfax County property owners must pay the second installment of their real estate taxes by the end of today (Monday). Taxes can be paid through the Department of Tax Administration’s online portal. [Fairfax County Government/Twitter]

Vienna Man Arrested in Fatal Hit and Run — Carlos Alexander Torres Jr., 24, of Vienna was arrested in Montgomery County on Friday (Dec. 3) after police detectives determined that he was allegedly the driver in a Sept. 1 hit-and-run crash in Reston that killed the other driver. Police believe alcohol may have been a factor in the crash. [FCPD]

Former WFT Quarterback Sells McLean House — “Alex Smith, quarterback for the Washington Football Team until earlier this year, has sold his 6,300-square-foot mansion in McLean for $5,800,000. He first listed the property for $6,750,000 in June, a few months after he was released from the team.” [Washingtonian]

Leaf Vacuum Careens into Vienna Garage — “Town of Vienna employees were working in the 400 block of Center Street, N., on Nov. 30 at 2:59 p.m. and had parked a leaf-vacuum trailer on the roadway with a wheel stop in place to secure it. Due to the steep incline, the trailer went over the wheel stop, proceeded down a hill and struck the garage of a residence, Vienna police said.” [Sun Gazette]