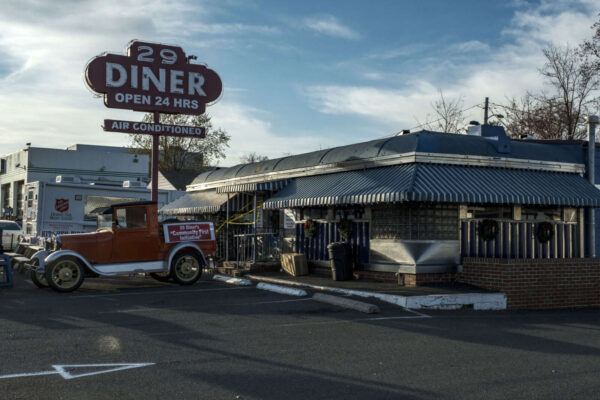 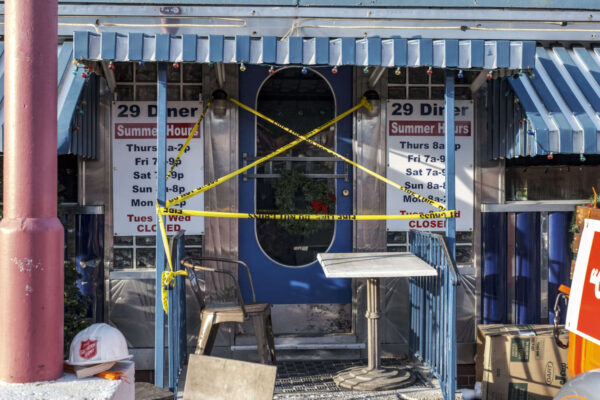 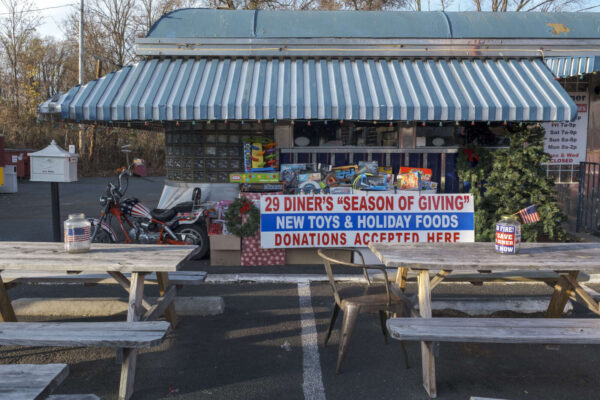 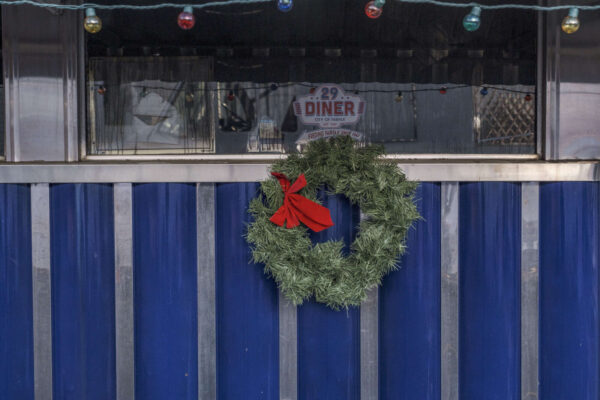 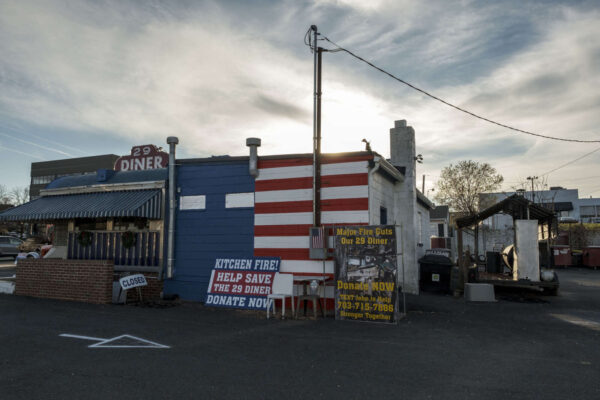 Two days before Thanksgiving, the 29 Diner was decimated by a fire. The next day, owner John K. Wood got back to work.

“It was a total loss,” Wood told FFXnow of the damage to the iconic, 74-year-old Fairfax City eatery. “But there’s nothing to be sorry about. It’s time to celebrate what this diner means to the community. I’m going to be here every day that I can — rain, sleet, snow — to watch the rebirth of the 29 Diner.”

Firefighters got a call around 6 p.m. on Nov. 23 about an explosion in the back of the building, WJLA reported. When crews arrived, a fire had spread from a storage room where chemicals were being stored to the kitchen across the way.

“It was a chemical fire that reached about 700 degrees,” said Wood, a Robinson High School graduate who has owned the diner since 2014.

Thankfully, no one was in the building at the time, but the fire rendered the kitchen completely unusable. Wood estimates it could take six months for the kitchen to be restored so the diner can reopen.

He’s already getting significant help from the community to do just that. A GoFundMe campaign set up to help Wood rebuild and support the employees that have lost their jobs has amassed over $54,000 in just a week’s time.

“I’m on the wings of the community and I feel the love,” Wood said.

A cozy spot to get a short stack and two eggs over easy, 29 Diner is also a historic landmark. In 1992, it was placed on the National Register of Historic Places for being a “uniquely American form of roadside architecture.”

The pre-assembled metal, glass, and double-wide diner was considered the “Cadillac of diners,” Wood says, when it emerged in 1947. The building was manufactured in New Jersey and purchased by original owner D.T. “Bill” Glascock, who placed it along Fairfax Boulevard, which was called Lee Highway then, like Route 29 still is (for now) in Fairfax County.

Wood reveals a little-known secret about the restaurant: a 1,500 square-foot basement, the dimensions of a good-sized townhouse, runs the entire length of the diner.

29 Diner grew with the region, becoming a hub of community in Fairfax. It did go through several owners, including Fredy and Virginia Guevara, who was a server there in the 1960s. When the couple retired, Wood took over.

“You step into that diner, and it just takes you back to when you were 9 years old and you got your first milkshake,” Wood told The Washington Post when he became the owner in 2014.

Wood has been a proud steward ever since. Open 24 hours, six days a week, the diner has become a headquarters of sorts for a number of charitable endeavors, raising money for causes from feeding those in need to supporting families with cancer and veteran suicide prevention.

Not even a destructive fire can dim Wood’s perpetual optimism and commitment to giving back.

“This is going to give us a chance to remodel, in the way the Lord wanted us to have,” he said.”We are going to set up a more inclusive kitchen, [better] wheelchair access, and help disabled veterans.”

Wood is planning a number of events in the coming weeks to help raise money, including runs and a motorcycle rally.

He says a big chunk of donations will also go toward providing for his employees and their families while they wait for the diner to reopen.

Rich Berkwitz, who set up the GoFundMe campaign, appreciates everything Wood has done for the diner and community. A teacher at Mark Twain Middle School in Alexandria and an assistant wrestling coach at John Lewis High School, he says he eats at 29 Diner “pretty much every week” because “it feels like home.”

“I’m so happy that the community is backing him as much as he’s back to the community,” he said. “He’s just so giving.”

It’s unlikely that 29 Diner will reopen prior to June 2022, but Wood has faith in the future.

“It’s going to come back better than it was,” he said. “That wasn’t a fire. That was the Lord paying a visit to the 29 Diner.”