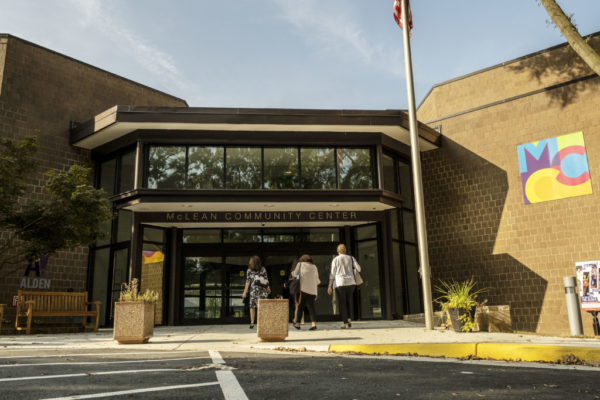 A volunteer group that describes itself as the “unofficial town council” for the McLean community is getting an encore for its 100-plus years of service.

The McLean Citizens Association celebrated the milestone during a meeting yesterday (Wednesday), highlighting ways the organization has helped make the area what it is today, such as by contributing to the founding of the McLean Community Center.

The organization’s first meeting was on Nov. 2, 1914 as the School and Civic League of McLean, and the group celebrated a century of work in 2014.

But MCA was incorporated on June 25, 1921, giving it another chance to recognize its past.

“It’s been over a 100 years since we’ve been incorporated, and there aren’t a lot of corporations…that last 100 years,” MCA President Rob Jackson said, crediting the organization’s historians, Merrily Pierce and Paul Kohlenberger, for bringing the date to the group’s attention.

MCA has sought to give residents a local voice and minimize the effects of rapid urbanization on the community’s identity, according to a 100-year anniversary booklet, “The Voice of McLean: One Hundred Years of the McLean Citizens Association,” available in the Fairfax County Public Library’s Virginia Room.

The group was reincorporated in 1953 as the McLean Citizens Association with the tagline “the Voice of McLean.” Today, it continues to advocate for various civil, educational, and social interests, from hosting forums with public officials to weighing in on development in the greater McLean area.

According to Kohlenberger, MCA’s founding was driven by school needs.

When the Franklin Sherman School, which consolidated one-room schools in the area, opened in 1914, it lacked basic supplies. The League rallied to raise money to furnish a school auditorium, buy library books, help pave local roads, and further aid the community.

“The school was delivered, but there were no chalkboards, no books, nothing else for the students’ use,” Kohlenberger said. “That led to a tradition that we continue to this day: McLean Day.”

The power company brought a line from Falls Church and created a distribution center around a decade later. The station has undergone upgrades since then and can be seen at Chain Bridge Road and Westmoreland Street.

Other notable work by MCA, as detailed in the booklet, include: