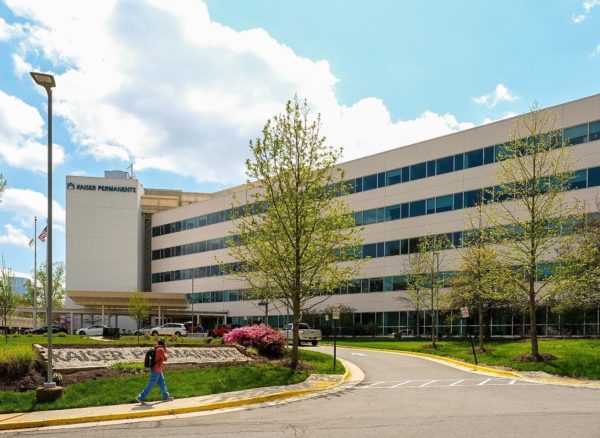 A Tysons runner who partially tore her ankle during a Marine Corps Marathon last year had been working with Kaiser Permanente to get a surgery until she was told the procedure would be delayed.

She’s just one of the patients who will need to wait for relief while Kaiser upgrades the sterile processing equipment at its Tysons Corner Medical Center (8008 Westpark Drive), which is currently operating its ambulatory surgery center at reduced capacity, according to the health care company.

Kaiser Permanente spokesperson Marisa Lavine said in an email that the medical center is temporarily using four out of its six operating rooms, along with one of two outpatient procedure rooms. She said the updates will be completed by the end of December.

“Currently, cases that we are unable to accommodate at Tysons are being scheduled at one of our other medical centers or at our partner hospitals,” Lavine said.

The Virginia Department of Health’s Office of Licensure and Certification received notification on Sept. 7 that the Tysons Corner Medical Center would have limited operational status due to replacing equipment and other updates.

The runner’s husband, Jeff Weisman, said his wife went to a foot specialist, but because she’s still able to walk, the surgery was deemed elective. When she heard from a colleague experiencing a similar scheduling issue, they learned more about why surgeries were being delayed.

“My wife really enjoys running so I was a bit let down that this delay in getting her surgery scheduled would cause her to miss out on months of running and training for another marathon,” Weisman said in an email.

He added that they’ve both had positive experiences with Kaiser Permanente but felt disappointed by the communication from the health care network in handling the situation.

“We apologize to our members for any inconvenience they experience as we make these important upgrades,” Lavine wrote.

END_OF_DOCUMENT_TOKEN_TO_BE_REPLACED

More Stories
The Creative Collective is back at Tysons Corner Center with a Holiday Pop UpJUST IN: Multiple people injured in crash on I-495 going to GW Parkway