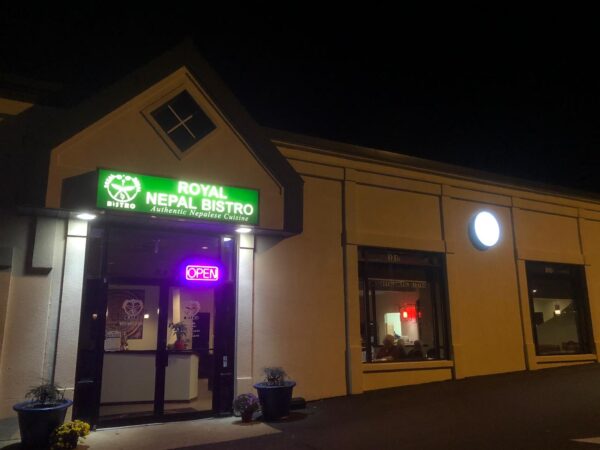 The Town of Vienna has a new source of Nepali cuisine, and it happens to occupy the same space as the previous source.

Royal Nepal Bistro has been serving diners since Sept. 30 out of 131-A Maple Avenue W., the site filled by Mo:Mo House until that restaurant closed permanently on Aug. 28.

Manager Sunil Chaudhary says Royal Nepal Bistro has no connection to Mo:Mo House. Instead, it’s a spin-off of Royal Nepal, a restaurant in Alexandria’s Del Ray neighborhood that wanted to expand its reach.

“This is one of the central points where Tysons is next to us. McLean is very close,” Chaudhary said when asked why Royal Nepal chose Vienna for its second location. “We have Oakton very close…so we thought this was the perfect location where we’d be able to expand.”

The team looked at a couple of other possible venues in Vienna before selecting the former Mo:Mo House space due to its cozy size, which seemed more appropriate for a bistro than the larger dining room that the restaurant has in Alexandria.

Chaudhary says the COVID-19 pandemic “slowed some things down,” with some steps taking a week or two longer than anticipated, but the process of setting up the new eatery was generally “sound and smooth.”

The bistro has been well-received by customers, garnering almost entirely five-star ratings on Yelp and warm mentions on the Vienna VA Foodies Facebook page.

In addition to lamb, chicken, and vegetable momo dumplings, Royal Nepal Bistro’s menu features a variety of meat plates, curries, nasi goreng, salads, and Nepalese street food. It diverges from the Alexandria restaurant both in the kinds of dishes offered and their presentation style.

Chaudhary says the menu is different, because the goal is to cater to each community’s preferences. For instance, the popularity of healthy food-oriented eateries like Sweet Leaf Cafe and Chopt in Vienna suggests salads would be a good fit there.

Even though Royal Nepal Bistro has been open for over a month now, patrons can expect to see “a lot of changes” to its interior design, as those renovations are still underway, according to Chaudhary. He says the menu will also be revamped by the new year based on customer feedback.

“We’re looking for the response of the community, and we’ll update everything accordingly,” Chaudhary said.