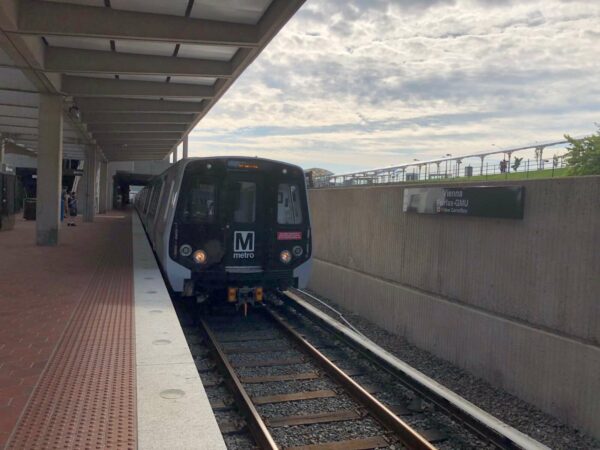 Metro is no stranger to safety challenges.

Last week’s train derailment in Arlington was just the latest in a long history of perilous, occasionally fatal incidents that have plagued the D.C. region’s primary transit system, from track fires and smoke-filled tunnels to the Red Line crash that killed nine people in 2009.

While no injuries were reported from the derailment, the ensuing investigation disrupted rail service on the Blue, Orange, and Silver lines throughout the week.

Initial findings of that investigation are now in, and they could be a devastating blow to the Washington Metropolitan Area Transit Authority’s campaign to lure passengers back after the COVID-19 pandemic sent ridership tumbling last year.

Metro pulled nearly 60% of its fleet out of operations Sunday night (Oct. 17) after the National Transportation Safety Board uncovered wheel axle defects on multiple 7000-series trains, which were introduced in 2015. The federal agency reported today (Monday) that these issues have occurred at least 31 times since 2017, including twice on the derailed car before it actually went off the tracks.

With use of the 6000 trains already suspended due to recent car separations, Metro was left with just a few dozen trains today and reduced service to just one six-car train every 30 minutes, resulting in crowded trains, platforms, and buses.

And as promised, #wmata is running shorter 6-car trains every 30 minutes, all day today. The 7000's and most of the 6000's are out of service. pic.twitter.com/ApnROBBbGn

While WMATA hasn’t announced its upcoming service plans yet, it seems like a safe bet that the challenges facing the transit system won’t be solved overnight.

Metro says they plan to have more service information out within the next few hours.

But that being said, this region is in big trouble if this is a months-long issue. https://t.co/oiMAXGkMZl

How will Metro’s safety issues and new service limitations affect your travel plans going forward? If you were a regular rider, will you continue that habit or seek alternatives when possible?