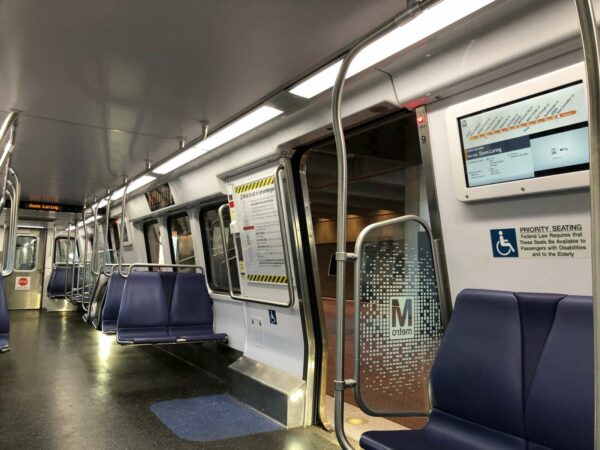 Metro service changes announced last week — including increased services, late night hours, and reduced fares — are being praised by many in the community.

On Thursday (June 10), the Metro Board approved a host of improvements with the intention of luring back riders after more than a year of reduced services and free-falling ridership.

The changes include more frequent service during both peak and non-peak times, extending operating hours until 1 a.m. on weekends, a flat $2 weekend rate, and free transfers between bus and rail.

The changes will take effect starting Labor Day weekend, the traditional end of the summer.

Metro received nearly $723 million in federal COVID-19 relief funds, including $193 million from the American Rescue Plan enacted in March. These funds not only prevented severe cuts, but allowed Metro to increase services while cutting fares.

Local labor unions are also pleased with the changes, including ATU Local 689, which represents more than 10,000 regional transit workers and said it “strongly supports” the service increases.

“We know that public transit is a safe and effective way for riders to get where they need to go, but we have to do the work to rebuild rider confidence,” ATU Local 689 President Raymond Jackson wrote in an email to Reston Now. “The first step to this is making sure that passengers know there will always be a bus or train there for them when they need it. That requires full service. We’re proud that WMATA took this step.”

Alcorn says that, during the pandemic, cuts to service were a “significant hardship” for those who couldn’t work from home, like hospitality workers, who often need rail and bus service at different times than those in other industries.

“We realized that, in the middle of the pandemic, that there’s still a lot of folks that depend on transit to get to work and to do what they need to do to get around,” Alcorn said.

John Boardman is executive secretary and treasurer for Local 25, a union that represents about 7,000 people who work in hotels, casinos, and restaurants in the D.C. metro region. He says expanding services is inherently beneficial to their members.

“Our jobs are not 9 to 5 jobs. They start early in the morning and can go late into night,” Boardman said. “More transportation and longer hours helps our workforce. Reliable transportation is one of the issues that affects people’s ability to get back to work.”

Increased service and fare cuts will also greatly benefit those most vulnerable in the community, such as the clients the D.C. Reentry Action Network, a regional organization that assists people being released from prison.

“Any reduction in the cost of transportation would contribute greatly to reducing the already tremendous hurdles one faces when returning home,” founder Paula Thompson told The Washington Post.

Metro admits it could still take years for ridership to return to pre-pandemic levels. A graph presented at the transit agency’s June 10 board of directors meeting estimates that even by the end of 2024, ridership may still be off by as much as 25% from late 2019 levels.

But it’s hoped that these changes could at least spur gradual growth.

“We believe Metro is taking the right steps to incentivize residents and workers to return to using transit,” Sol Glasner, president and CEO of Tysons Partnership, a non-profit organization formed to implement the Tysons Comprehensive Plan. “The use of transit will be vital as more people return to outside activities such as dining and shopping as well as return to the workplace.”

It’s fair to say that the pandemic may have permanently altered how some people use public transit. Just last week, the Biden administration told federal agencies to continue to allow workers flexibility to work remotely and from home.

While Alcorn says he’s in agreement with the Biden administration on the policy, it could very well have a lasting impact on ridership that Metro needs to take into consideration going into the future.

Thursday’s Metro board meeting also brought another mini-update about Silver Line Phase II, with officials reiterating that the project remains on the current schedule. The project is still expected to be handed over to Metro by the fall, which would enable it to open to riders in the first quarter of 2022.

Additionally, 37 employees have been hired to staff the extension, while more than 50 positions are waiting to be filled.