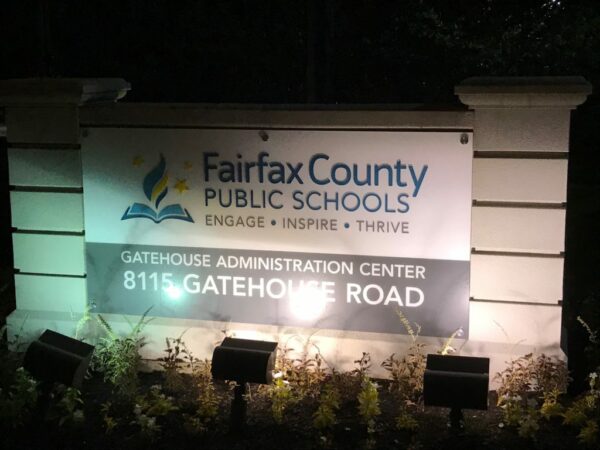 Fairfax County Public Schools has asked a federal appeals court to postpone an ordered retrial of a former Oakton High School student’s sexual assault lawsuit, setting up a possible escalation of the case to the U.S. Supreme Court.

The school system plans to file a petition for a writ of certiorari requesting that the Supreme Court take up the case, according to Public Justice, the nonprofit legal organization that represents the student, who has only been identified as Jane Doe.

Public Justice told FFXnow that it learned about those intentions Monday morning (Sept. 20), though it’s still holding out hope that the Fairfax County School Board will opt not to file the petition.

The law firm warns that, if FCPS files a petition and the appeal is accepted, it could set the stage for a reevaluation of Title IX protections against gender discrimination, which have traditionally been used to address school-based sexual violence, by the same court that allowed Texas to essentially ban abortions earlier this month.

“Fairfax would be asking them to severely undermine students’ civil rights,” Public Justice staff attorney Alexandra Brodsky, the plaintiff’s counsel, said. “I think there’s a real question for Fairfax families whether they want the legacy of Fairfax schools to be undermining equality and safety for students.”

Filed in May 2018, the lawsuit argues that FCPS violated Doe’s Title IX rights by failing to ensure her safety and provide support after she reported that an older, male student sexually assaulted her when they were on a bus during the five-day school band trip.

FCPS confirmed that it has requested the U.S. Court of Appeals for the Fourth Circuit to stay its June 16 ruling ordering a new trial in Doe’s lawsuit over school officials’ response to her report of being sexually assaulted by a fellow student during a band trip in 2017.

With one judge dissenting, the three-person panel reversed a U.S. District Court jury’s verdict in favor of FCPS, arguing that the lower court had failed to accurately define for the jury the legal standard to determine if the school system had “actual knowledge” of the reported assault.

“As the divergent opinions of the Fourth Circuit show, the issues in this case could have nationwide and potentially far-reaching implications,” FCPS spokesperson Julie Moult said in a statement. “For that reason, we have asked the court to stay or suspend the effective date of its ruling, pending further review.”

FCPS said it had no further comment at this time, including on whether it plans to petition the Supreme Court.

According to Doe’s original complaint, school officials ignored multiple reports from other students about her assault, never offered medical attention or counseling, discouraged her from reporting the incident to police, and imposed no consequences on her assailant, who continued attending their shared band class.

The district court jury in Alexandria affirmed in August 2019 that Doe had been sexually assaulted and deprived of educational opportunities as a result, but they found FCPS couldn’t be held liable for its response because they didn’t have evidence that officials knew for a fact that the assault had occurred.

Jurors’ reported confusion over whether reporting sexual harassment can be considered giving school officials actual notice or knowledge of an assault formed the basis of Doe’s appeal to the Fourth Circuit, which held oral arguments in January before ruling that the jury had used the incorrect legal standard.

FCPS later requested a rehearing en banc, which would bring the case in front of the full appeals court. The 15 appellate judges denied the petition 9-6 on Aug. 30, a close decision that inspired two judges to release dissenting opinions — a rare move, according to the Associated Press.

According to Brodsky, FCPS currently has 90 days from the date of the rehearing denial to file an appeal to the Supreme Court, but that would change if the stay of the new trial is granted.

“The next step should be to take this case back to trial and for a jury to hear our client’s story and have the opportunity for the first time to rule on it under the correct legal standard,” Brodsky said, adding that Public Justice is “confident that that’s where this case is headed” after the rehearing petition was denied.

Brodsky says she’s less surprised by FCPS seeking a delay than by the argument it’s using to do so.

As stated in the majority opinion written by Judge James Wynn, the school board’s rehearing petition included a new argument that “Title IX does not make clear that schools may be held liable for their response to a single instance of sexual harassment, no matter how egregious.”

In other words, schools can’t be held legally responsible for reported sexual harassment under Title IX if it doesn’t recur, since they couldn’t have prevented the initial incident.

While the position found support among the dissenting judges, who expressed concern that “retroactively” imposing liability could open schools to “a deluge” of lawsuits, Wynn rejected it as a “strawman” that would amount to giving schools a “free rape.”

He stated in his opinion that Doe’s lawsuit seeks to hold FCPS liable for its response to her assault, not for the assailant’s actions. He also noted that the stance is “at odds” with the case that the school board presented during oral arguments.

“When a student’s education is disrupted because of their school’s failure to address sexual assault, that’s enough to state a Title IX claim. That’s what the Fourth Circuit said,” Brodsky said. “That’s what the majority of appellate courts across the country have said, and if the Supreme Court were to adopt the alternative rule, that would really give schools an excuse to withhold the support that students need in the wake of violence.”