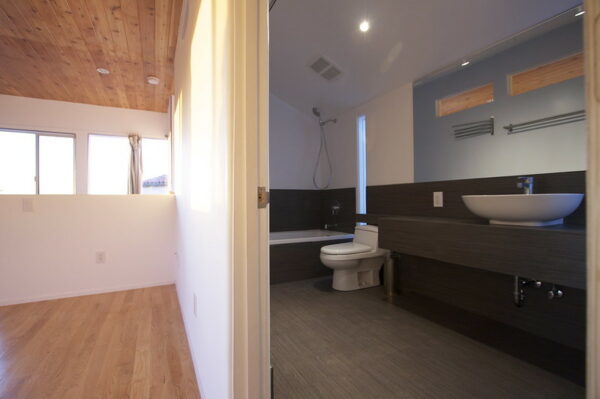 Homeowners seeking to rent out their basements or other parts of their residence as well as renters and neighborhoods concerned about parking will soon have new rules aimed at helping them.

In addition to updating the county’s regulated uses with new options like live-work developments and solar farms, the new ordinance loosens some restrictions around accessory dwelling units — independent residential units that share a property with a main dwelling. But zoning officials say they expect a modest increase in homeowners converting parts of their property for other people.

Adopted in March, the new rules replace existing standards for ADUs — now dubbed accessory living units or ALUs — from 1978 and 1983, drop requirements that the occupant of the revamped space have a disability or be 55 years or older, and add parking requirements.

While the changes inspired some strong opinions from community groups, their impact is expected to be relatively small: Fairfax County approved 12 accessory unit applications in 2019, seven in 2020, and two so far this year as of Friday.

County staff previously noted there have been community concerns over whether the code is being enforced. A burdensome special permit approval process also may have been creating problems, the county said.

“Others may be installing ALUs anyway, but then perhaps they’re more likely to be unpermitted construction without the benefit of the permits and inspections,” Carmen Bishop, assistant zoning administrator, said in January before the Fairfax County Planning Commission. “So a less burdensome process may result in better compliance.”

People who have wanted such changes have had to go through a hearing, a process where neighbors could weigh in. Under the new rules, a property owner can add an interior ALU with just an administrative permit instead if they meet certain requirements.

That includes a new measure that adds an extra parking spot in off-street parking. Whether or not there’s an accessory living unit, a detached single-family house on a public street must have two off-street parking spaces or — if it’s on a private street — three off-street spots, according to the county.

The new standards come as the county’s population exceeds 1.1 million people after rising by over 100,000 people every decade from 1980 to 2010, according to census data.

With housing prices expected to continue rising, proponents of the ALU rule changes argue that they will provide more flexibility for residents who want to stay in the county but can’t afford to live on their own.

Earlier in June, the Fairfax County Redevelopment and Housing Authority approved a change that made it easier for certain people in a first-time homebuyers program to rent a portion of their owner-occupied homes after a resident made a request.

The switch applies to 38 units and makes the authority’s policy consistent with all other units in county homebuyer programs, county spokesman Benjamin Boxer said in an email.

“Those owners may rent a portion of their home as long as they continue to occupy the property as their primary residence,” Boxer said in an email. “It is worth noting that, historically, we have rarely received any requests from our participating homeowners to rent portions of their homes.”