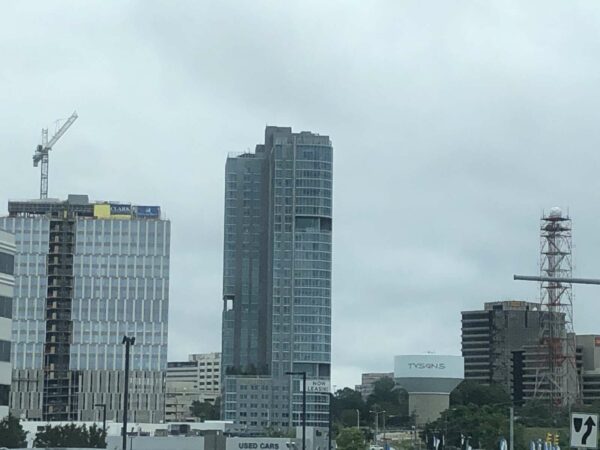 Two People Displaced by Vienna Townhouse Fire — A townhouse fire in Vienna that closed part of Church Street for about two hours on Wednesday (June 9) displaced two people and resulted in about $148,750 in damages. Investigators say the fire was accidental, started in a wall between a bedroom closet and second-floor bathroom by an “open flame device (torch) that ignited nearby combustibles.” [FCFRD]

Police Hold Town Hall on Vehicle Pursuit Policy — Community members raised concerns about drunk driving and car thefts at a town hall that the Fairfax County Police Department held yesterday (Thursday) to discuss proposed revisions to its policy for vehicle pursuits. Among other changes, the new policy eliminates traffic violations, misdemeanors, and non-violent felonies as situations that can justify a pursuit. [WTOP]

School Bus Crashes in Annandale — A school bus and car collided at the intersection of Gallows Road and Surrey Lane in Annandale yesterday afternoon. The Fairfax County Fire and Rescue Department said “several” kids on the bus were transported to hospital “as a pre-caution for a check-up” and the car driver was transported with non-life-threatening injuries. [FCFRD/Twitter]

Classroom Modular Coming to Kilmer MS — Kilmer Middle School will get 10 new classroom spaces with the construction on a modular facility that will also have a staff workroom and restrooms. The Fairfax County School Board is scheduled to award a contract for the project on June 17 with on-site work expected to begin in July and finish by the end of this calendar year. [Hunter Mill District School Board Community Update]