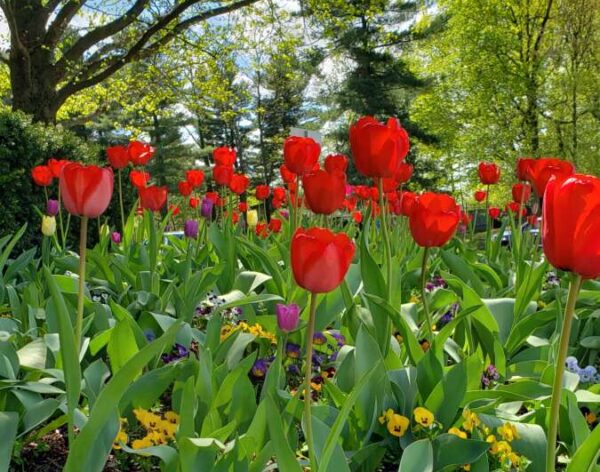 Strong Winds Take Out Power for Thousands — About 4,000 people across Northern Virginia lost electricity yesterday (Wednesday) due to strong winds that prompted the National Weather Service to issue a Wind Advisory for the D.C. area until 8 p.m. More than 1,000 people in the Vienna/Oakton area in particular were affected, according to Dominion Energy’s outage map. [Dominion Energy/Twitter]

Vienna Resident Dies in Route 29 Crash — Vienna resident Michael K. Ratzenberger was one of two drivers killed on Sunday (April 18) in a head-on crash on Route 29 in Culpeper County. Virginia State Police said he entered the highway in the wrong direction when his car collided with another vehicle driven by Jose B. Hernandez Solis, 50, of Culpeper. The crash also left four passengers in Solis’s vehicle seriously injured. [The Washington Post]

Falls Church Little League Awarded Grant for Batting Cages — The Fairfax County Park Authority Board voted on April 14 to approve the Falls Church Kiwanis Little League’s request for $12,737.25 in grant money to construct three hitting stations adjacent to field 2 at Idylwood Park. It was one of three grant requests approved at the meeting. [FCPA]