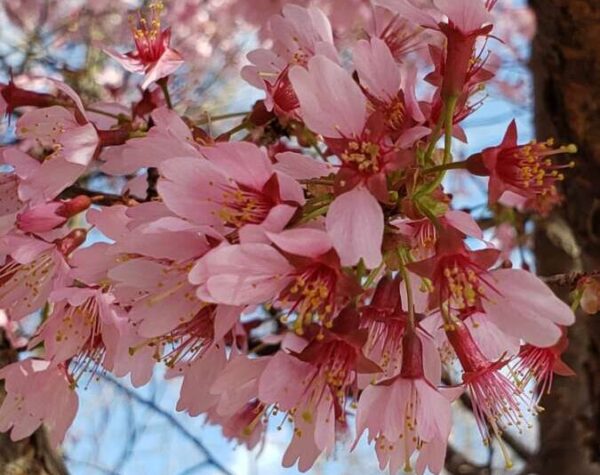 Police Arrest D.C. Resident for Attempted Robbery in Tysons — There was an attempted robbery in the 1600 block of International Drive around 11:30 a.m. on March 23. According to the police report, a man “approached the victim, displayed a knife and demanded property before walking away. Responding officers arrested the man, Jason Stokes, 38, of Washington, D.C. and charged him with robbery.” [Fairfax County Police Department]

Vienna Delegate Joins Other State Legislators to Create AAPI Caucus — Del. Mark Keam (D-Vienna) is among several Virginia lawmakers to join the General Assembly’s newly formed Asian American and Pacific Islander Caucus. The group’s creation was announced on Friday (March 26) to coincide with a national #StopAsianHate Day of healing and action in response to the March 16 shootings that killed eight people, including six Asian women, in Georgia. [DCist]

Peak Bloom for Cherry Blossoms Comes Early — The National Park Service declared yesterday (Sunday) that the cherry trees around D.C.’s Tidal Basin have hit peak bloom, a week earlier than initially anticipated. The agency attributes the early bloom to “well above average” temperatures for the region over the past week. [National Park Service/Twitter]

Tysons is Key to Region’s Economic Recovery, PenFed CEO Says — “As we look to the coming year, we must support a return to offices, continue to diversify our community and prioritize the recovery of Tysons’s hospitality sector, which has suffered the most during the pandemic. We must continue investing in factors that increase livability, like parks and walking paths, and we must incentivize new retail, new businesses and new residents.” [Washington Business Journal]