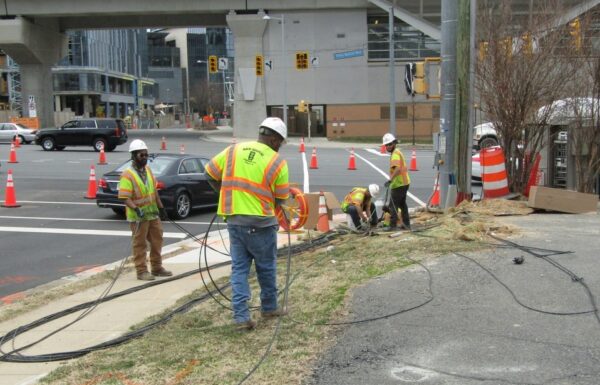 Truck of Fish Crashes on Capital Beltway in Tysons — A tractor-trailer filled with 41,000 pounds of frozen fish crashed on the Beltway Outer Loop at Route 7 around 4 p.m. yesterday (Monday), closing three lanes for more than an hour so a towing company could recover the vehicle. Because the trailer was “breached (rendering the fish unsalvagable),” crews ultimately decided to wait until after rush hour to complete the recovery. [VDOT Northern Virginia/Twitter]

Virginia Bans Single-Use Styrofoam — Gov. Ralph Northam signed a law yesterday prohibiting the use of polystyrene foam cups and takeout containers. The ban takes effect in July 2023 for food chains with 20 or more locations and in July 2025 for all other food vendors, nonprofits, schools, and local governments. [Patch]

Tysons Digital Security Company Raises $100 Million — ID.me officially announced yesterday that it has raised $100 million in new funding, as first reported by Washington Business Journal. The company is now valued at $1.5 billion and says it will use the funding “to build out its secure digital identity network by attracting top talent and expanding the number of businesses and government agencies it serves.” [ID.me]