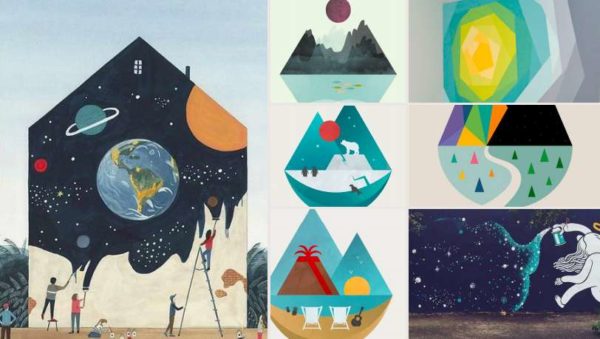 The City of Falls Church is taking steps to show its appreciation for the arts.

When it meets tonight (Monday), the Falls Church City Council will conduct its first reading of a draft comprehensive plan amendment to establish an Arts and Cultural District. The council reviewed staff recommendations for the proposal at a work session last week.

The amendment would “add new policy goals and objectives to promote public art and a proposed Arts & Cultural District Map,” according to the staff report presented by Falls Church City planner Emily Bazemore.

“Public art is important in all communities and becomes even more so when a city goes through a period of redevelopment and reinvestment,” Bazemore said. “The policy…outlines specific short-term actions as well as long-term strategies that the City of Falls Church can utilize to work towards its vision and commitment to public arts.”

Since it was reviewed during a Sept. 21 city council work session, the proposal has been amended to clarify the Falls Church’s vision and emphasize providing more support for local artists. The changes were based on input from various city groups, including the Falls Church City Planning Commission, Arts and Humanities Council of Falls Church, and Falls Church Village Preservation and Improvement Society (VPIS).

“The Arts and Humanities Council as well as VPIS and the Historical Commission all recommended adding language that ties into how history plays an important role in public art and how we can use public art to utilize a way to remind us of our past,” Bazemore said.

The map for the proposed Arts and Cultural District has been revised to include houses of worship. The Arts and Humanities Council and VPIS specifically recommended St. James Catholic Church and The Falls Church Episcopal as examples of church-owned land that could be incorporated. 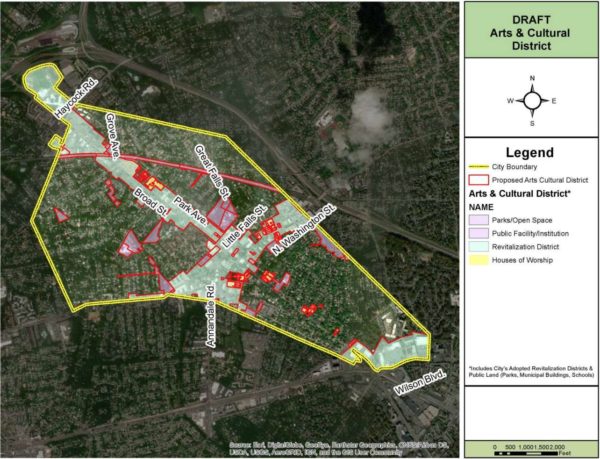 In addition to creating an arts district, the proposed comprehensive plan amendment suggests that Falls Church support public art by establishing a registry, expanding efforts to feature temporary art displays, and incorporating public art in parks and open spaces around the city.

The amendment recommends that the city support a public art program by allocating regular funding from its operating or capital improvements budget each year, which could also go toward arts-related festivals and events. Another option could be working with the private sector to include public art in development projects or provide monetary contributions to a public art fund.

Bazemore clarified that the amendment text does not apply to private residences.

“The thought is more commercial and, of course, public facilities and parks,” she said.

While the staff report says adopting the amendment will not have a direct fiscal impact, Councilmember Letty Hardi argued that, if Falls Church wants to encourage public art, the city will have to devote money and staff to make it a priority.

According to Hardi, the City of Falls Church currently allocates just $50,000 per year to nonprofit arts and humanities groups, funds that mostly go toward operations rather than artwork. It also does not have any staff dedicated to developing art projects.

“Policies and recommendations are only as good as where we put our budget and our priorities,” Hardi said. “So, while it’s good that we have our map and we’re talking about how important public art is, I’d love to make sure that we have people and budget dollars allocated against this…I think that’s something we should consider either in this budget cycle or future budget discussions.”

After tonight’s meeting, the proposed amendment will be referred to the planning commission. Staff has recommended scheduling a public hearing and final vote for March 22.

Image and map via City of Falls Church