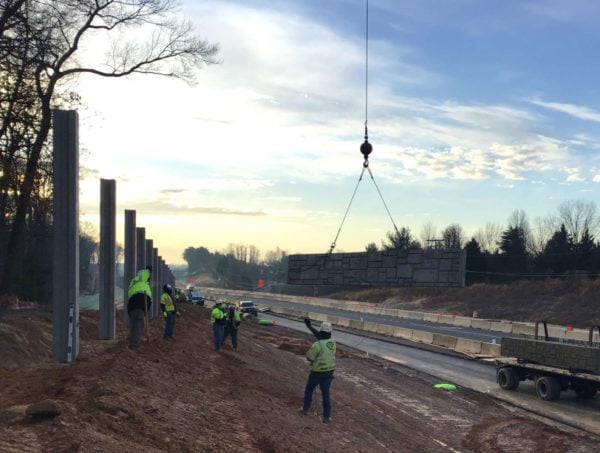 A major project to widen nearly seven miles of Route 7 between Reston Avenue and Jarrett Valley Drive remains on track for completion by July 31, 2024.

It is also expected to be completed within its $314 million budget, Virginia Department of Transportation spokesperson Jennifer McCord confirms.

The improvements include widening the heavily-trafficked road — also known as Leesburg Pike — from four to six lanes between Reston and Tysons, adding shared-use paths for pedestrians and bikers, and making major design changes to intersections.

It’s all being done within the guidelines of the Fairfax County Comprehensive Plan.

Discussions about the project began nearly a decade ago, and the Fairfax County Board of Supervisors approved it in 2017. Workers broke ground on construction in June 2019. It’s expected to take just over five years to complete.

Over the last two months, construction has continued at different sections of the road.

While much of the construction activity currently underway is focused in the Reston and Great Falls sections of the project, crews in the Tysons segment between Faulkner Drive and Jarrett Valley Drive have been working to relocate a water main between Beulah Road and Towlston Road.

Eastbound traffic on Route 7 between Lewinsville Road and Jarrett Valley Drive in McLean has been shifted north to accommodate construction.

Landscaping work and third-party utility relocations are underway throughout the roadway.

Periodic traffic changes and lane closures are expected to occur throughout the corridor as construction continues.

While COVID-19 has limited crews’ ability to work side-by-side, the decreased traffic volume — particularly in the earlier part of the pandemic — has allowed VDOT to extend work hours.