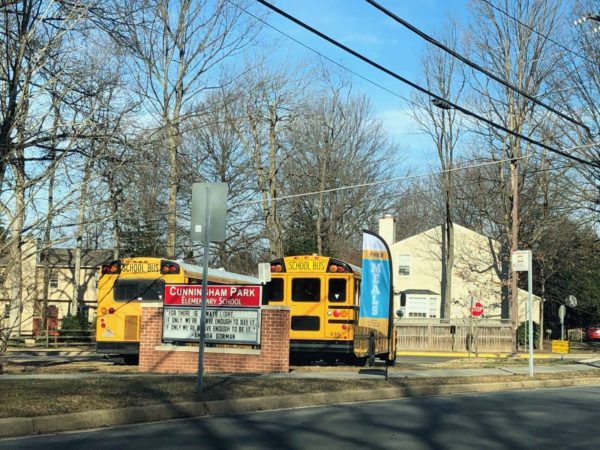 Virginia to Become First Southern State to Abolish Death Penalty — “State lawmakers gave final approval Monday to legislation that will end capital punishment in Virginia, a dramatic turnaround for a state that has executed more people in its long history than any other. The legislation repealing the death penalty now heads to Democratic Gov. Ralph Northam, who has said he will sign it into law, making Virginia the 23rd state to stop executions.” [AP News]

Bank Proposed to Replace Peet’s Coffee in Vienna — The Town of Vienna Board of Zoning Appeals is scheduled to consider a conditional use permit to turn the former Peet’s Coffee on Maple Avenue into a drive-thru Burke & Herbert Bank on Mar. 17. Peet’s permanently closed its store in Vienna last summer. [Vienna Patch]

Fairfax County Lowers Flags to Commemorate COVID-19 Victims — “The U.S., Virginia and Fairfax County flags are lowered to half-staff in respect and memory of the more than 500,000 Americans, including over 7,400 Virginians, who have died from COVID-19. The flags will remain at half-staff until sunset Friday, Feb. 26.” [Fairfax County Government/Twitter]

Metro Seeks Public Input on Budget — The public comment period for Metro’s FY 2022 budget is officially open. With rail ridership down 90% and bus ridership down 60% during the pandemic, the proposed budget could close 22 stations, consolidate bus lines, reduce train and bus service, and result in employee layoffs. The comment period ends at 5 p.m. on Mar. 16. [Washington Metropolitan Area Transit Authority]

Black Ice Makes Travel Hazardous — With temperatures at or below freezing, roads could have slick spots through mid-morning. Police urge caution as icy roadways have been reported throughout Fairfax County. [NWS/Twitter, Fairfax County Police Department/Twitter]