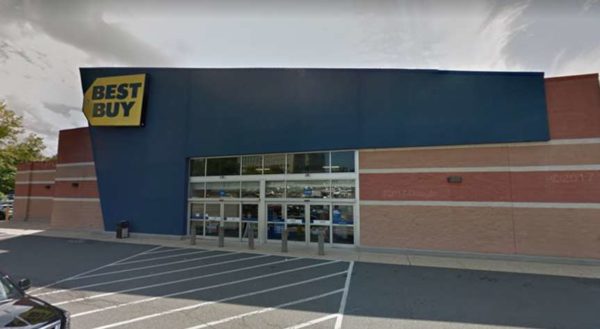 An employee of a Best Buy in Tysons was repeatedly stabbed during an argument on Wednesday (Feb. 3), Fairfax County police said today (Friday).

According to the police report, the worker was involved in a dispute with a man who stabbed them “multiple times before running away.” The encounter took place at 12:15 p.m. in the Best Buy located at 8449 Leesburg Pike.

Upon arriving at the scene, officers reportedly “located” a 25-year-old Maryland resident named Jose Reyes who was taken into custody and charged with malicious wounding.

“The victim was taken to the hospital with injuries that were not life threatening,” the Fairfax County Police Department said.