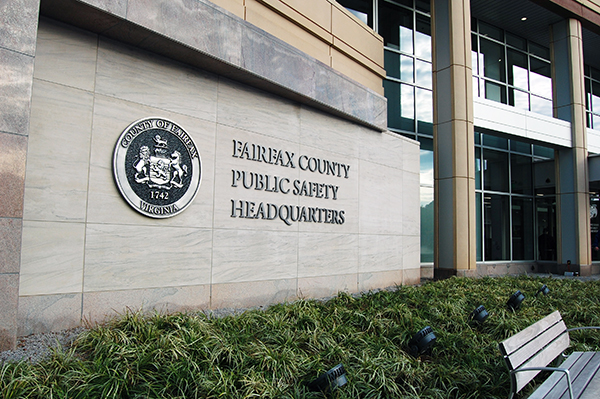 A review panel charged with providing community oversight of local law enforcement has challenged the results of an investigation by the Fairfax County Police Department for the first time since it was formed in 2016.

The Fairfax County Civilian Review Panel delivered a report in October that disputed the FCPD’s findings that racial bias did not play a role in an interaction between a Reston District Station police officer and an African American man that took place in Herndon in 2019.

Because six of the nine-member panel disagree with the outcome of the police investigation, the Fairfax County Board of Supervisors directed the police department to address the panel’s requests for the next steps. The matter was discussed at a board meeting on Tuesday.

The panel received a complaint of racial profiling in May 2019 from a man who said he felt that he had been targeted by a Fairfax County police officer and suspected of trespassing “for no reason at all.”

According to the investigation file, the officer began following the man’s car when he turned at a red light in Herndon and stared at the officer. When he ran the car’s license plate and it matched with a woman in Virginia Beach — what he knew to be “a source city for illegal substances” in Fairfax County — his suspicions grew and he followed the man into his apartment complex in Herndon.

The officer approached the man and asked him for his identification, where he lived, and other identifying information. In the complaint submitted to the county, the man said he was shaken by the encounter, which he recorded on his cell phone, and was “extremely frightened and nervous.”

According to the report, the officer stayed in the parking lot for a few more minutes after he verified the man’s identity and ran the license plate again.

The man, whose name was not released, said he felt the incident was racially motivated because the officer believed he did not live in the apartment complex and stood in a manner that hindered his ability to get out of his car. No force was used in the incident.

In official comments to the panel, Fairfax County Police Chief Edwin Roessler said that while the officer exhibited a series of “poor, cascading assumptions and judgments that were wrongly based on his training,” there is no evidence that race was a factor in the incident.

He acknowledged that FCPD said the encounter indicates that there are some elements that need to be “train[ed]-away.”

“We can’t just keep going to proactive patrol training,” Roessler told the civilian panel during the course of its investigation. “I pray that you are understanding that, as your chief, I don’t want this to happen to anyone else.”

However, the panel determined that FCPD’s internal review did not thoroughly investigate allegations of racial bias and racial profiling. The panel also concurred with the chief that the officer was not professional.

“The investigative record was virtually silent as to why the officer decided to follow the complainant in the first place and panel members questioned whether a similarly situated white driver would ever have been followed in such a manner,” the panel report said.

The panel also found that FCPD lacks objective criteria to evaluate racial bias or profiling incidents. It encouraged the police department to include all community contacts, stops, searches, and arrests into a data management system. Other recommendations are listed below.

Data analysis of an officer’s community contacts, stops, searches and arrests should  be compared and contrasted with comparable data from the district station where the incident occurred and the county as a whole. The data analysis should also take  into account the racial and ethnic composition of each district as compared to the county overall.

Like the efforts the FCPD has undertaken to analyze and identify use of force  incidents, the FCPD should consider creating an early warning system to alert  commanders as to whether an officer’s community contacts, stops, searches or  arrests are excessive and disproportionate for a particular race or ethnic group.

The FCPD should retain an independent expert on implicit bias to examine all law  enforcement policies, practices and training for the purpose of recommending  evidence-based strategies to mitigate the impact of implicit bias on policing.

Officers should receive implicit bias training on an annual basis.

The county’s board of supervisors voted to direct Roessler to take further action on the panel’s requests.

The Civilian Review Panel reviews FCPD investigations containing “allegations of abuse of authority or serious misconduct to ensure accuracy, completeness, thoroughness, objectivity, and impartiality,“ according to the county’s website.