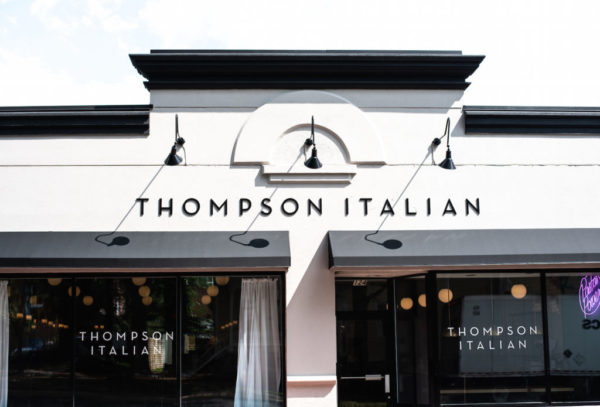 A longtime Falls Church City resident who was a familiar presence in the local culinary scene joined the hundreds of COVID-19 victims in the Fairfax County area earlier this week.

“He was a true fixture in the Falls Church community,” Thompson Italian said. “He worked in neighborhood restaurants for decades, and seemed to know everyone who walked in our door. He had a ready smile, lots of swagger, and unparalleled enthusiasm.”

Martinez had not been working at Thompson Italian since the restaurant temporarily closed in March due to the pandemic, but the management team says it had “looked forward to welcoming him back in the spring.”

“Nights were better for everyone when Jose was working, and he will be sorely missed by our staff and our guests,” the team said.

Survived by his wife, Ana, and five children – Jessica, Joseph, Gary, Jose “Junior,” and Kiara — Martinez came to the U.S. from El Salvador in 1979 and had lived in the City of Falls Church for the past 30 years.

Prior to joining Thompson Italian, which opened in Falls Church in 2019, Martinez worked at Ireland’s Four Provinces for nine years.

He contracted COVID-19 in November and was hospitalized until his death on Jan. 17, according to his children.

His family started a fundraiser on GoFundMe to assist with costs for medical care and memorial and funeral services, which will be held on Monday (Jan. 25). The fundraiser has more than doubled its goal of $15,000, with 416 donors contributing more than $36,000 as of 8:30 a.m.

Jessica and Joseph Martinez describe their father as someone who was passionate about working with people in his community and enjoyed working in the food industry as a way to connect with neighbors.

“He was very well-known in the community and we are so grateful for the outpouring of love and support by neighbors, friends and family,” they told Tysons Reporter. “We created the GoFundMe fundraiser as so many people that knew Jose reached out and wanted to help.”

They added that the goal of the fundraiser is “to ease the burden for funeral and memorial costs to keep his memory alive and bury him with dignity, so he can be at peace.”

As of Jan. 21, 758 people in the Fairfax Health District have died from COVID-19, including six people in the City of Falls Church.