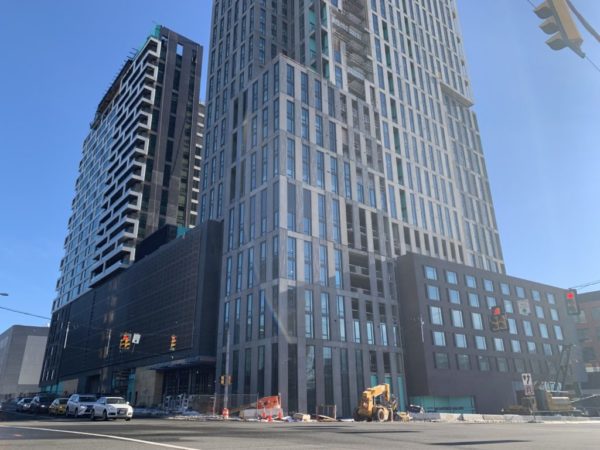 Tysons recorded one of the biggest drops in rental prices in the U.S. last year during the early months of the COVID-19 pandemic, but the overall high cost of housing in Northern Virginia still presents a challenge to low-income residents.

The home insurance comparison site Insurify published a study on Tuesday (Jan. 12) of the 20 American cities that saw the highest decreases in rent prices between March 2020 — when the pandemic first shut much of the country down — and September 2020.

However, the dip in rent prices does not mean Tysons has suddenly become significantly more affordable.

“With the exception of the top three in the rankings, the cities that experienced the largest dips in rent prices over the course of the pandemic have a higher-than-average cost of overall living,” the report says. “Despite the relative decreases in rent costs these regions saw throughout 2020, renting a 2-bedroom apartment in 17 out of 20 of these cities costs at least 35 percent more than the national average.”

As of this past September, the average cost of a two-bedroom apartment in Tysons was $2,043.

A separate report from the nonprofit Community Foundation for Northern Virginia (CFNV) found that low-income residents continue to be severely burdened by the cost of housing in the region, meaning that they spend more than half of their income on rent, mortgage, taxes, fees, and basic utilities.

Released on Wednesday (Jan. 13), the “Unequal Burden” report says that Northern Virginia has a higher rate of severe housing burden for households earning less than 200% of the federal poverty level — or approximately $50,000 for a family of four — than any other large metropolitan area in the U.S.

According to Insight Region, CFNV’s research center, most residents in the area earn enough income to afford the high cost of living, which requires a family with two parents and two school-age children to earn an estimated minimum annual income of $94,000. However, 67% of low-income households spend more than half of their gross income on housing.

Insight Region Senior Director Emily Hughes told the Washington Business Journal that housing issues will likely get worse going forward, since many of the jobs held by low and moderate-income households have been hit particularly hard by the pandemic.