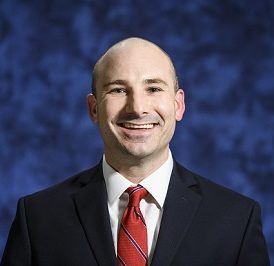 Measures to curb public safety concerns and improve how the criminal justice system can serve the community are being implemented in Fairfax County.

That was the message Fairfax Commonwealth’s Attorney Steve Descano shared during a public forum with the McLean Citizens Association on Wednesday (Dec. 16).

Descano said the Fairfax County Police Department’s body-worn camera program should be mostly in effect by the end of 2021, estimating that the program will include roughly 1,200 cameras.

“I really do feel that body-worn cameras are essential to creating trust in the community,” Descano said. “They are a great tool for evidence. They are a great tool for police accountability. Quite frankly, they’re also, in many ways, a tool to make sure that our police aren’t being accused of things they did not do. So, it really is a win-win-win all the way around.”

He pointed to the indictment of Fairfax County police officer Tyler Timberlake on three misdemeanor counts of assault and battery in July and other high-profile cases as examples of the difference that body cameras could make in holding police accountable.

According to Descano, footage from the cameras will be stored and transmitted in an integrated system from a server run by the company Axon Enterprise. The footage must be kept according to timeframes established by the Virginia Public Records Act.

He also said the footage is meant to be available to exonerate or prosecute people accused of alleged crimes, protecting innocent people and detecting evidence of crimes to ensure the criminal justice system produces the “right outcome.”

Descano also noted that one “flip side” of the program is that it will add to prosecutors’ workload, since they have an “ethical obligation” to review all evidence in cases they prosecute. He estimated that body-worn cameras will add roughly 89,000 hours of video footage to the approximately 60,000 hours of footage from cruiser dash cameras that must also be reviewed.

Given that enhanced workload, Descano said it will be important to ensure appropriate resources are available for the Commonwealth’s Attorney’s office, something that he believes is already a challenge.

“We’re in talks with the county — both the Board of Supervisors and the county executive’s office — to increase the resources that we have in our office because we’re kind of at the crunch of two things,” Descano said.

“When I came into office, [it] was quite frankly not doing the job they claimed to be doing,” Descano said. “What I mean by that is they were not reviewing evidence before going forward with cases. So, I know that innocent people were put in jail.”

In response to an audience question, Descano said he believes that the public defender’s office would get more staff members as well, but it wouldn’t necessarily come at a 1-to-1 ratio of what the Commonwealth Attorney’s office would receive.

Descano also discussed his office’s efforts to roll out criminal justice reform policies aimed at reducing mass incarceration and racial and economic inequities in the criminal justice system, while keeping the community safe.

For instance, Descano said he wants to reform the cash-bail system so that people are not released from jail simply based on their financial situation, arguing that decisions should instead be based on the seriousness of the crime a person is accused of committing and whether they present a danger to the community.

Descano also commended police reform work being done at the state level. New laws set to go into effect next year include prohibitions of pretextual traffic stops and no-knock search warrants, stricter limits on the use of chokeholds, and a requirement that officers intervene if they witness an excessive use of force by another officer.