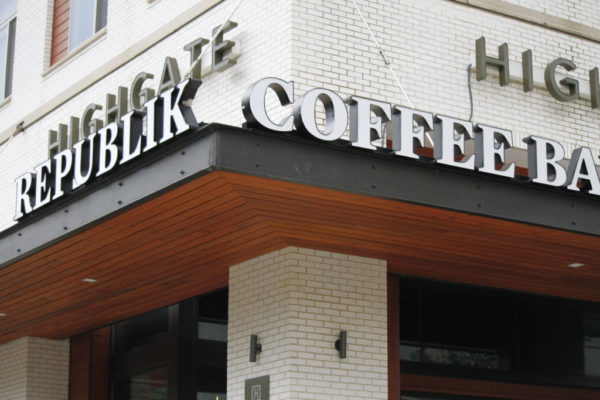 An employee at Republik Coffee’s Ballston shop told Tysons Reporter today (Friday) that the Tysons venue permanently shut its doors three or four days ago, but the worker was not privy to any behind-the-scenes information about what went into that decision.

A representative of Highgate at the Mile, the mixed-use building that houses Republik Coffee in Tysons, also stated that the shop just closed, but she didn’t know why. Tysons Reporter also reached out to Kettler, which owns Highgate, for comment but has not heard back yet.

Originally based in Arlington, Republik Coffee came to Tysons in June 2018 with the goal of providing premium coffee and serving as a key tenant of the fledgling Highgate development. It had been envisioned as the start of a larger expansion that would have included another Fairfax County location and two venues in Washington, D.C.

However, signs of trouble emerged only nine months later when Republik Coffee received an eviction notice in February 2019. Owner Talha Sarac told Tysons Reporter at the time that the situation was a misunderstanding, and the location stayed open past the Feb. 27, 2019 date when the space was supposed to be vacated.

Highgate resident Ryan Martinez informed Tysons Reporter yesterday (Thursday) that the furniture in Republik Coffee had been packed up, and equipment appeared to be in the process of being removed. He noted that the shop had always been a little erratic, opening its doors on some days and closing on others.

“I’m sure the pandemic really drove down business,” Martinez said. “Too bad, hope they or another coffee shop can turn things around.”