It has barely been 10 days since Fairfax County launched its annual Hypothermia Prevention Program, and it’s already clear that this winter will be unlike any other that Abby Dunner has experienced in her nearly decade-long work with the initiative.

Now the manager of the Fairfax County Office to Prevent and End Homelessness, Dunner has been involved with the hypothermia prevention program since she was employed as a case manager and assistant by the nonprofit FACETS in 2012.

The COVID-19 pandemic, however, forced Dunner and the other county and nonprofit officials who run the program to completely reengineer their operations, which were well-honed after 15 years of providing shelter for people in need during the coldest months of the year.

This year’s hypothermia prevention program, which started on Dec. 1 and runs through Apr. 1, 2021, must contend not only with the public health risks and social distancing protocols created by COVID-19, but also the looming threat of a surge in homelessness if emergency assistance measures end.

“We recognize the challenges and kind of the unique situation that we’re in, but everybody is also very much on board with understanding that the program has to continue,” Dunner said. “We have to still be able to shelter people who are experiencing homelessness.”

County officials and the nonprofit contractors that operate the hypothermia prevention shelters realized early on that they would have to make major changes to the program to make it viable this year.

Dunner says the Office to Prevent and End Homelessness collaborated extensively with the Fairfax County Health Department throughout the planning process. Health officials walked through each site and recommended ways to implement social distancing as much as possible.

Typically, the county relies on faith communities and nonprofits to host the actual shelters, which rotate between different locations every week, but the churches and other buildings usually utilized were too small to allow for the approximately 100 square feet of space sought per guest.

This time, the county turned to its own facilities, ultimately identifying seven sites that were sufficiently spacious, centrally located, and accessible by public transportation.

The ideal site for Central Fairfax, which includes the Tysons area, turned out to be a former Container Store at 8508 Leesburg Pike in Vienna.

According to Mike Dykes, the hypothermia coordinator for FACETS, which is operating the site, Fairfax County had been renting it out to George Mason University as a storage space before realizing it could be repurposed. At roughly 19,000 square feet in size, it can accommodate up to 84 shelter guests with social distancing.

Dunner says the hypothermia prevention program generally serves about 1,200 people across its four months of operation, and roughly 215 people utilize the shelters each night.

Though only a handful of people stayed at the Container Store site for the first couple of nights, the shelter averaged about 26 guests over the program’s first seven days, reaching 40 people on Dec. 7 with numbers expected to continue rising, according to Dykes.

Individuals are given 100 square-foot spaces marked off by tape, and they are required to wear masks except when eating and sleeping in their space.

Shelter staff, who also must wear face coverings, administer temperature checks and wellness questionnaires when guests arrive. If someone records a high temperature or reports COVID-19 symptoms, they are directed to one of the Quarantine, Protection, Isolation and Decompression sites that Fairfax County has set up in local hotels, where they can be monitored and tested. 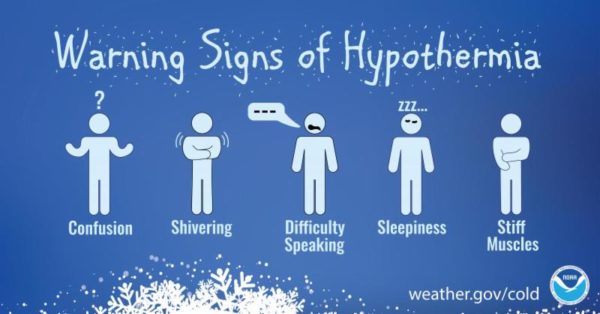 As of Dec. 9, the county has 445 rooms at six hotels for QPID shelter. 360 of them are occupied by 477 guests, only seven of whom were not experiencing homelessness upon admission, Fairfax County Health and Human Services reported.

In addition to housing people who are unable to isolate or quarantine safely in their own home, the QPID rooms could serve as overflow shelter if the county’s emergency shelters and hypothermia prevention sites run out of capacity.

FACETS Senior Director of Programs Carole Huell says Fairfax County could also revisit sites that were previously considered for the hypothermia prevention program, but a second location would require hiring more staff, something that was already a challenge.

The volunteers that the program normally relies on to staff the shelters are not involved this year, since they tend to be older and, therefore, at higher risk of contracting COVID-19 if exposed.

“There is a back-up plan [if shelters exceed capacity],” Huell said. “It’s just we hope we don’t have to get to that, because each agency that needs additional space for a facility will have to man that space, and that’s additional resources and funding necessary.”

According to Dunner, Fairfax County is already seeing evidence of the pandemic’s economic fallout, as new people enter an increasingly strained social safety system that had glaring deficiencies even before a deadly contagion entered the picture.

Dunner says the county is “very concerned” about the ripple effects of the U.S. Centers for Disease Control and Prevention’s eviction moratorium ending on Dec. 31, but even with the ban in place, evictions have not wholly stopped.

Still, both county and nonprofit workers believe they have prepared adequately for the season. They have also gotten support from partners in various faith communities, who are contributing food, clothing, and other donations in lieu of being able to serve as hosts and volunteers.

“We’re hoping that, based on the spaces that we’ve chosen and the way that we planned the program, we’ll be able to accommodate anyone who’s in need of shelter,” Dunner said.

Image via Fairfax County Office to Prevent and End Homelessness