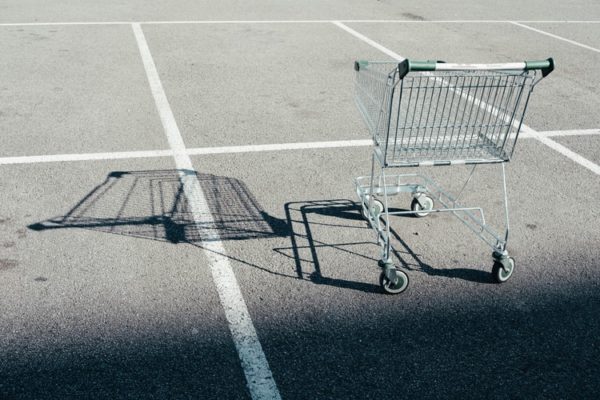 County staff is recommending against adopting any legislation that would allow the county to remove abandoned shopping carts and charge a maximum $300 fine to the owner.

The Virginia General Assembly enacted legislation this year enabling jurisdictions to adopt stricter legal measures to contain the spread of carts in the area.

If the Fairfax County Board of Supervisors approves the measure, the county can warn the owner of a cart to remove it after fifteen days. The owner would be charged a fee of up to $300 per cart. If someone is using a cart outside the premises of the cart owner, the county could collect a fine of up to $500.

It’s unclear how pervasive the abandoned shopping cart problem is in the county.

“Enabling legislation falls short of that needed to establish an effective shopping cart ordinance for the county,” according to meeting materials.

Staff suggested that the county consider new legislation that would require businesses to monitor, control, and prevent cart removal.

More outreach and education about the issue, along with the voluntary implementation of an “abandoned cart prevention plan,” was also suggested.

The board’s Land Use Policy Committee is expecting to take up the issue at a Dec. 8 meeting.