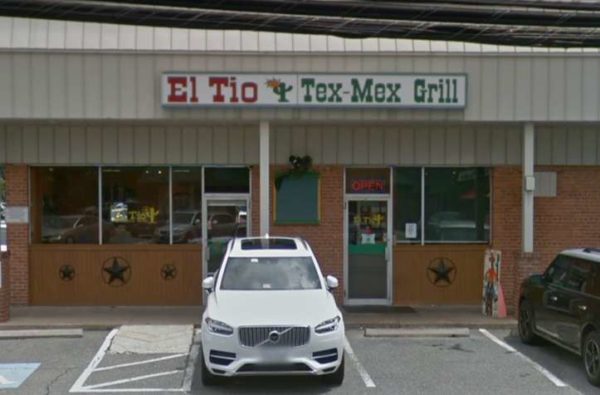 El Tio Tex-Mex Grill has been ordered by a federal court to properly compensate workers at all its restaurants, including its locations in McLean (1433 Center Street) and Falls Church (7630 Lee Highway).

A consent judgment filed in the U.S. District Court for the Eastern District of Virginia requires El Tio to pay $848,006 in back wages and liquidated damages to 209 employees for violating the Fair Labor Standards Act, which sets rules for minimum wage, overtime pay, recordkeeping, and child labor in the U.S.

“This employer failed to pay workers the wages they had legally earned, and then attempted to conceal that violation,” DOL Wage and Hour Baltimore District Director Nicholas Fiorello said.

Investigators in the DOL’s Wage and Hour Division determined that El Tio did not pay wages to tipped employees when they worked more than 80 hours in a pay period, forcing them to depend entirely on tips for those hours.

El Tio also paid kitchen staff standard rates instead of overtime when they worked more than 40 hours in a week. Federal investigators say that the restaurant chain falsified payroll records to suggest it had paid overtime.

The violations encompassed all four of the El Tio restaurants that Mejia Corp. currently runs, all of them in Northern Virginia. Fairfax County has three El Tio venues, with a Great Falls location (9835 Georgetown Pike) in addition to the ones in McLean and Falls Church. The original El Tio is in Gainesville.

A fifth El Tio in downtown Washington, D.C., was also included in the investigation and court judgment, but that location permanently closed its doors in November 2019.

This is the second time in three years that El Tio has come under federal investigation. Mejia Corp. agreed to pay $40,000 in 2019 to settle an Equal Employment Opportunity Commission lawsuit that alleged at least three male servers at the Gainesville El Tio had been subjected to harassment and discrimination on the basis of sex.

On top of requiring the employer to pay back wages and damages, the judgment issued by the Baltimore-based U.S. District Court in the labor case prohibits El Tio from violating any FLSA provisions in the future.

“Other employers in this industry should use the resolution of this case as an opportunity to review their own pay practices to ensure they comply with the law and avoid such violations,” Fiorello said. “Workers who face similar circumstances or anyone with questions should call us to speak confidentially with a trained hour and wage professional.”

The DOL Wage and Hour Division has a toll-free helpline at 866-4US-WAGE (487-9243), and more information on the division’s work can be found at www.dol.gov/whd.