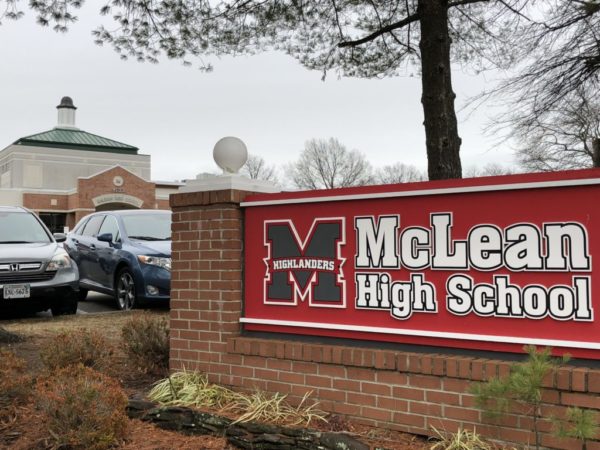 Fairfax County Public Schools will host a community meeting to discuss a potential boundary adjustment for McLean High School at 6:30 p.m. on Dec. 7, Dranesville District School Board Representative Elaine Tholen said in a newsletter sent out on Tuesday (Nov. 24).

The proposed boundary adjustment is intended to address overcrowding at McLean High School, which currently has 2,292 students in a building designed for 1,993 students, according to FCPS.

With enrollment at McLean High projected to increase over the next five years, FCPS has been exploring the possibility of moving the school’s boundary to instead send some students to Langley High School, which increased its capacity to 2,370 students after being renovated in 2018.

As of this October, Langley High School has 2,004 enrolled students.

Plans to adjust McLean High’s boundaries have been in the works since at least early 2019. FCPS even held two boundary scope community meetings last December, but the process was put on hold as the Fairfax County School Board’s focus shifted to challenges related to the COVID-19 pandemic.

Tholen says FCPS staff will use the upcoming community meeting to present information and options for the boundary adjustment to community members, who will then give feedback that will be shared with the school board.

Public input from the previous meetings convinced the school board to expand the study’s scope to include the boundaries for Longfellow Middle School and Cooper Middle School as well as McLean and Langley High, according to Tholen.

“If we move forward with a boundary adjustment, the plan will be for students to move from their elementary school to Cooper and then to Langley, or to Longfellow and then to McLean,” Tholen said.

In the meantime, FCPS hopes to “increase the comfort and efficiency of educational spaces” at McLean High School by replacing trailers on the school’s tennis courts with a modular unit that has 12 classrooms and restroom facilities.

Tholen says the unit has been placed at the school and will be ready for use in late December, though whether any students will be allowed to use it at that point remains to be seen.

FCPS staff has also been working with staff from Dranesville District Supervisor John Foust’s office, Providence District staff, and members of the McLean Citizens Association “to enhance data analysis for Tyson’s area development and the impact on schools.”

“We are fortunate to have John Foust as a member of that work group,” Tholen said. “I will be working with these groups to look at our next steps for further capacity work at McLean High School and the surrounding areas.”