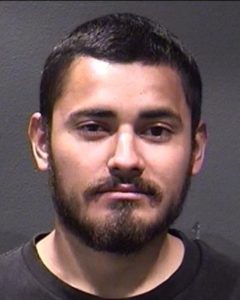 Vienna Police arrested a man in Maryland for a sexual assault in Vienna last month.

This arrest resulted from a lengthy and thorough investigation by Vienna Police detectives after receiving information that Garay-Amaya had “sexually assaulted a female victim last month,” police said. “Garay-Amaya has been charged with several felonies, including Sexual Assault and Abduction.”

MPO Juan Vazquez said the investigation was still ongoing and couldn’t reveal more information about the case. Vazquez credited Detective Tina Elias, a 20-year-veteran of the Vienna Police Department, for her work on the investigation.