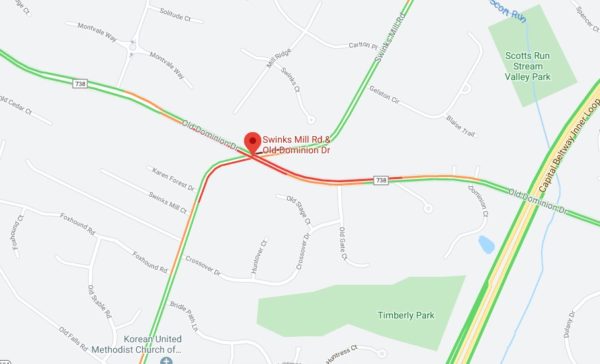 One person has been taken to the hospital with minor injuries after a crash in McLean today (Thursday), according to Fairfax County police.

One person was taken to the hospital with non-life-threatening injuries, Gerhard said.

As of 12:50 p.m., traffic is backed up a short distance along both roads near the intersection, according to Google Maps. Gerhard said that she was not notified of any road or lane closures.