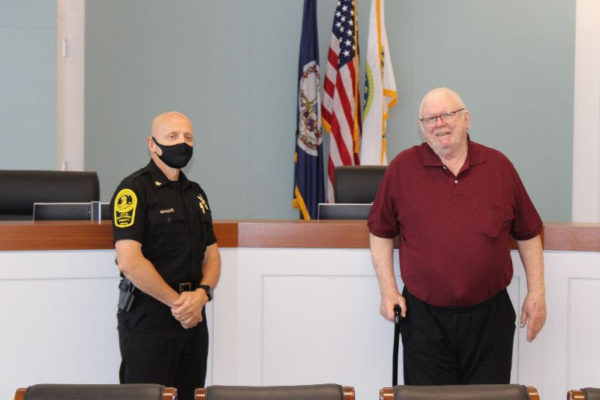 After 28 years in the role, Falls Church Sheriff Stephen Bittle recently retired. Now, voters will choose his successor next year.

Bittle retired on Saturday (Aug. 15), the City of Falls Church announced today. Chief Deputy Sheriff Matt Cay will serve as the interim sheriff until the election in November 2021.

Bittle started working for the city’s police department in 1966 and then left to become the interim sheriff in 1992, according to the city. He was officially elected to the position in 1993. Bittle ran unopposed in the last five elections, according to the Virginia Department of Elections.

The Virginia House of Delegates lauded Bittle for 50 years of service in 2017.

Photo via City of Falls Church