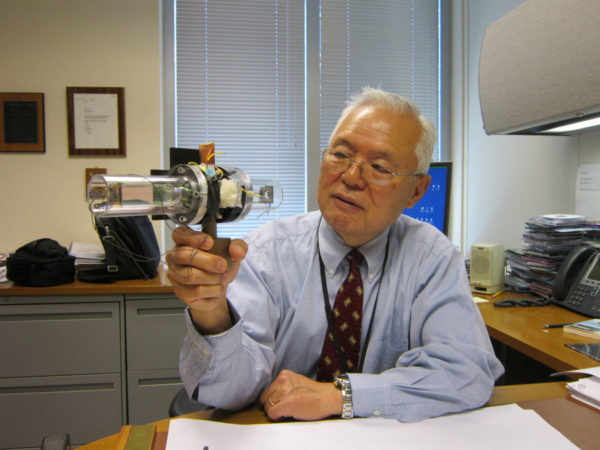 McLean local Dr. John Kim dedicated his life to his work as an electrical engineer. Now, he hopes to connect aspiring engineers to the field through a newly published memoir.

“In Pursuit of Science and Technology” explores topics ranging from Kim’s work in physics and engineering to his journey of faith and illness to his life traveling through four different global capitals — Tokyo, Pyongyang, Seoul and D.C.

Kim said there were two main inspirations behind the book — the first being his six grandchildren. He wanted them to tangibly have his stories and studies. The other was sharing his studies.

“I want to leave something behind me of all the things that I have done in science and technology,” said Kim.

He noted his target audience is young people going into the science and technology field, saying his message is to show them what it’s like to pursue this field. He elaborated on the differences between education and real-world experience and how important it is for young people to get both.

“If you go to engineering school today… that’s something where they teach you how to do it. But that’s not everything in a private corporation,” Kim said.

Kim focuses much of the memoir on his work as an electrical engineer towards furthering science and technology while discussing different topics as well. For example, he shares the time he spent working on military advancement and how he advised people to cultivate business opportunities on the engineer career ladder, according to his synopsis.

He also includes stories about the time he spent working with Howard Aiken, the “father of the digital electromagnetic computer,” according to his synopsis.

Kim also addresses personal adversity. He lived in Tokyo during World War II, Pyongyang while trapped by the Iron Curtain and South Korea during the Korean War. Additionally, he surmounted a battle with cancer about 15 years ago.

The process of creating his memoir was long. He didn’t plan it, but after he made the decision after he retired in 2013, he collected letters, reports, technical and scientific writings from journals and 144 pictures of his family and colleagues. The editing process took four years, said Kim.

This book is available for purchase online and in-stores.