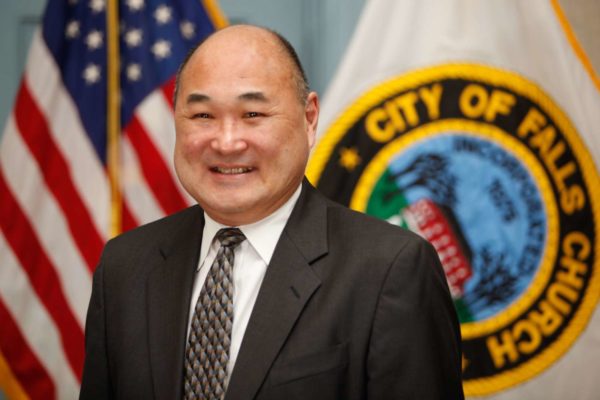 Falls Church Councilmember Dan Sze has died after a battle with esophageal cancer.

The announcement Tuesday night of Sze’s passing comes a week after Mayor David Tarter shared at a City Council meeting that Sze had cancer.

Sze was first elected to the City Council in 2006 after serving as the city’s vice chair of the Economic Development Authority from 2002-2006. Sze served as a councilmember from 2006-2010 and from 2014 until his death.

Sze served on a variety of local and regional boards and commissions, including as a member of the city’s Board of Zoning Appeals and the chair of Virginia Municipal League’s State Committee on Environmental Quality, according to a press release from the city.

The city will lower the city flag outside of City Hall to half-staff for a week to honor Sze and hold a moment of silence at the Aug. 10 meeting, according to the press release, which included tributes from his colleagues.

“The news of Dan’s passing has hit me hard,” Tarter said in the city’s press release. “He was a friend who cared deeply about the best interests of our city and its residents and tirelessly advocated for its betterment. He will be sorely missed. On behalf of the City Council, we mourn his passing and send his wife, Elisabeth and family our deepest condolences.”

The press release highlighted Sze’s work for stronger environmental efforts within and outside of the city. Serving the city, Sze encouraged the city to install LED streetlights and purchase renewable energy, while pushing developers to add green roofs and meet higher LEED standards.

The press release shared his efforts outside of City Hall:

Mr. Sze had an accomplished career that included federal government service. He was responsible for major policy and regulatory initiatives under six American presidents. At his last assignment, Mr. Sze was with the Office of Energy Efficiency and Renewable Energy at the U.S. Department of Energy (DOE) as Deputy Director of State Energy Programs.

After leaving full-time employment, Mr. Sze regularly lectured on sustainability strategies, worked on clean energy initiatives, was involved with several international start-ups, and was a consultant to businesses, organizations, and government.

“His staff and Council colleagues will certainly miss his intelligence, his hearty greetings, and the jovial conversations they shared with Dan,” City Manager Wyatt Shields said. “He was a one-of-a-kind public servant, and we know his legacy will live on in the many projects he championed.”