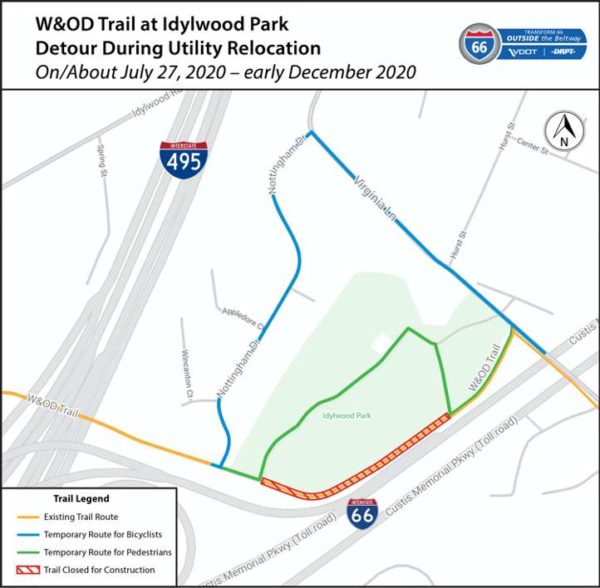 Updated 7/23/2020 — VDOT announced today that the work on the W&OD Trail at Idylwood Park will be postponed “for additional project coordination.”

Earlier: Starting next week, cyclists and pedestrians won’t be able to travel the W&OD Trail near Idylwood Park for nearly the rest of the year.

The Virginia Department of Transportation (VDOT) announced that the trail is expected to temporarily close on Monday, July 27, through early December. The five-month closure is needed for construction on a retaining wall and ramp widening for the Transform 66 Outside the Beltway Project, VDOT said.

Various detours will be in place. Pedestrians will be told to cut through Idylwood Park by using footpaths and the parking lot, while cyclists will be directed to Virginia Lane and Nottingham Drive, VDOT said.

VDOT noted that the work is dependent on the weather and could get rescheduled.