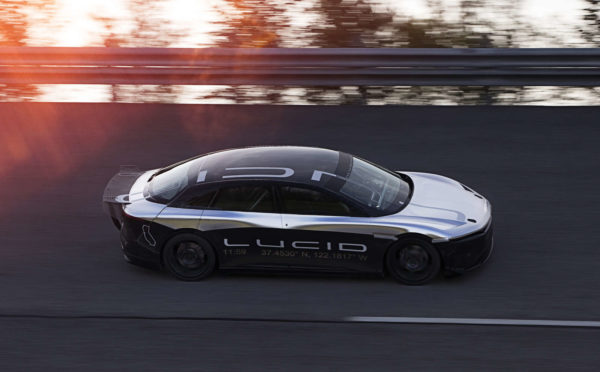 The company announced plans on Wednesday, July 8, to open 20 studios and service centers in North America by the end of 2021.

Of the new studios, the Tysons one is listed among nine locations, including several in California and Florida, the company plans to focus on immediately debuting.

All Studios feature a California-inspired aesthetic where you can explore the Lucid Air’s advanced technology in a warm atmosphere of natural, sustainable materials. Lucid Studios are engaging spaces, designed to start conversations and provide education about the performance and efficiency benchmarks possible in an electric vehicle.

The Washington Business Journal reported yesterday that Lucid plans to employ 40 people at each of the new studios. “The company currently employs more than 1,000 and plans to add 700 more by the end of the year when production at its new factory in Casa Grande, Arizona, ramps up,” WBJ noted.

The Lucid studio will join Tesla in Tysons. Tesla currently has a store at Tysons Corner Center and showroom at 8500 Tyco Road.

The company plans to reveal its new luxury electric vehicle, Lucid Air, on Sept. 9. In addition to the unveiling, Lucid said it will roll out a new website that will allow people to customize their cars.