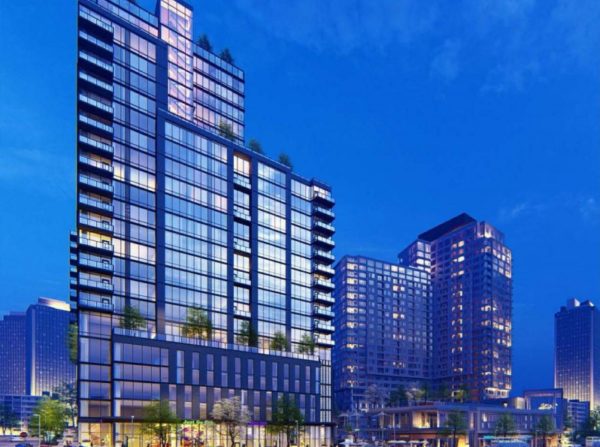 Fairfax County planners support proposals to construct a mixed-use building — rather than two residential towers — over a parking podium in the Scotts Run development.

Cityline also wants to modify the parking podium by adding retail along with the above-grade parking, according to the staff report. Proffers limit the parking to 80 feet, and the developer plans to stay within the allotted height range, the report said.

“With the use of glass and masonry, the podium is designed to suggest occupied space rather than a parking garage,” the report noted.

The proposals would tweak some aspects of the Scotts Run development, which will span approximately 40 acres near the McLean Metro station. The overall development will add retail, office and residential spaces along with a new grid of streets.

While the county’s planners support the proposal, the staff report noted ways the developer could improve the project’s aesthetics, like “additional attention to architectural features, such as canopies.”

More from the staff report:

Staff continues to recommend that the applicant refine the vertical banding on the building façade to create a continuous line between levels and further compliment the backlit podium treatment in order to accentuate the impression that those levels are occupied space and de-emphasize that they are structured parking.

The staff reported noted that the change from two towers to one building would not significantly impact Tysons’ skyline.

” Staff believes that the proposed changes do not present any substantial land use issues and the proposal remains in conformance with the Comprehensive Plan,” the report said.

The Planning Commission will consider the proposed changes on Wednesday, July 8.