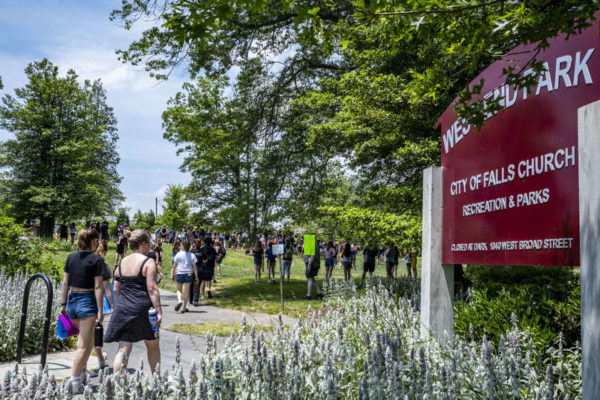 New Principal — “Hoang Nguyen, who has served as assistant principal of Kilmer Center since 2016, has been named the new principal of Kilmer Center, effective July 1. Nguyen began his career in FCPS as a special education teacher at Armstrong Elementary before moving to Marshall Road Elementary to serve as a crisis resource teacher where he remained for seven years.” [Fairfax County Public Schools]

Ramp Changes — “Starting around June 24, drivers on southbound Nutley Street in the Vienna area will use a new ramp and traffic signal to reach eastbound Interstate 66, Virginia Department of Transportation (VDOT) officials said.” [Inside NoVa]

Restaurants Team Up in Falls Church — “Open Kitchen D.C.’s gathering at Yayla Bistro back in March was just supposed to bring attention to another discrete treat buried within the region’s immigrant-owned restaurant scene, but it became one last gasp of normal life before the coronavirus pandemic hollowed out dining rooms across the nation.” [Falls Church News-Press]