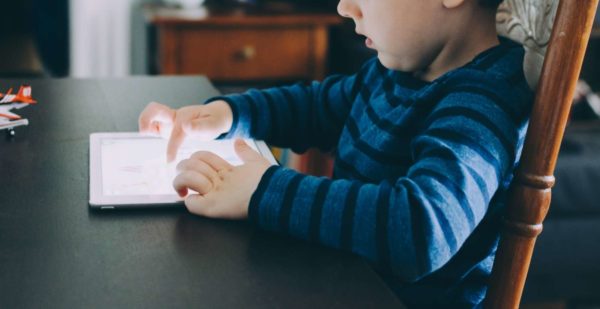 Updated 6:20 p.m. — Corrects a reference to the survey as a study and that the 825 were FCPS staff members — not all teachers.

Throughout the last several months of remote learning, the focus has been on a combination of peer-led programs, remote family check-ins with school-sponsored mental health staff and a message of “resiliency,” according to Bethany Koszelak, a mental health specialist for FCPS.

“Yes, this has been hard on a lot of people, but most youth are resilient and bounce back,” she said, adding that FCPS has been coordinating with teachers to keep an eye on students who might need help.

In the FCPS system, regardless of age or year, students typically have access to a therapist, psychologist and social worker who can provide social-emotional support.

Counselors, which Koszelak considers to provide something called “tier one” support, provide guidance lessons to cope with emotions and social issues. If students need additional support, they will be referred to the school-sanctioned therapists and psychologists by the counselors.

As the county’s school board considers a boost in funding for social-emotional learning in the next school year, part of the funds — if approved in the next few weeks — would go toward hiring more staff and possibly bringing on additional mental health professionals full time, according to Koszelak.

Though nothing is set in stone, Karl Frisch, who presents the Providence District on the school board, said he wants to improve the infrastructure for mental health.

“The last several months have likely caused some trauma here and we need to be in a position to respond to it,” he said. We anticipate students will have an increased need.”

Though Koszelak said she doesn’t have statistics to back up an increase request, a survey released by the Fairfax County Federation of Teachers reported that 55% of the 825 staff members who responded said that their students’ mental health had deteriorated since the start of distance learning.

Still, students are not the only ones at risk for mental health challenges.

More than 90% of the teachers said that their stress level has increased since the start of distance learning in March.

Among top sources of stress for teachers, many said that they felt anxiety over technology failures, a lack of direction from FCPS leadership and difficulty adjusting to new technology.

“They need to check in with teachers and really care how we’re doing. Right now, the only message we hear is you’re failing. Not providing mental health support to elementary during this time is so WRONG! These kids need it just as much as the middle and high school kids… If anything, we will all need increased mental health support when returning to school because we are all struggling right now,” one survey respondent wrote.

FCFT sent the survey results to Tysons Reporter on May 12, before the murder of George Floid that re-sparked wide-spread outrage over systemic racism and police brutality.

In reality, though, the need for help is likely elevated since Frish said that students and families don’t always know how to ask for help when they need it or even realize that it could help.

Around the country, statistics show that issues like domestic violence and child abuse have risen since the start of lockdown since places like child care centers, schools and offices that would typically recognize signs of abuse in-person are closed.

“Children are specifically vulnerable to abuse during COVID-19. Research shows that increased stress levels among parents [are] often a major predictor of physical abuse and neglect of children,” the Substance Abuse and Mental Health Services Administration said in an online article.

To combat this, FCPS teachers were told to look for signs of violence and abuse while interacting with their students over Zoom, Koszelak said, noting that if a student wasn’t coming to class, a school counselor would be sure to reach out to the family.

“The teachers still had live video conference calls with students,” according to Koszelak. “You can gauge when there are some concerns and the teachers know there are protocols to reach out to the clinicians.”

In addition to basic screening measures, FCPS mental health experts were also keeping a keen eye on families with a history of known problems, she added.

Additional Resources for Students and Families

FCPS offers a variety of programs to assist both students and families.

Some of these resources are met with concerns though: “I did Mental Health First Aid training several years ago, but it was never implemented at my school,” one teacher wrote in the FCFT survey.

“I think there needs to be widespread training in this program at each school for any and all teachers, coaches, counseling staff, and administrators who are willing and able to handle it because we need as many resources for students and staff as possible,” the teacher added.

Looking Ahead to Upcoming School Year

Board members are considering a $7 million addition to the program but it is still uncertain how the money would be distributed.

They are expected to vote on changes and plans for the upcoming school year during the upcoming June 26 meeting, according to Koszelak.

Photo via Kelly Sikkema on Unsplash