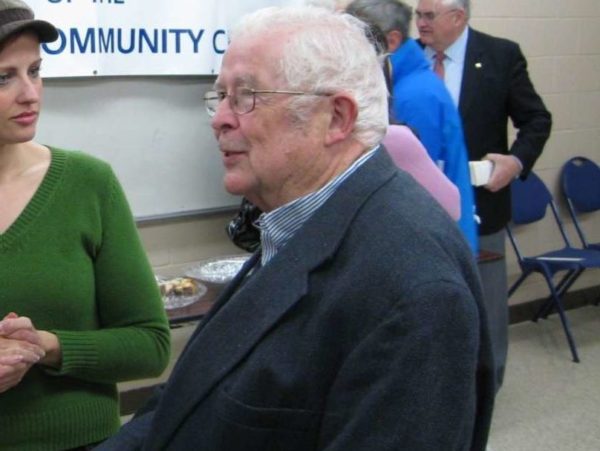 Alden died at the age of 87 from complications from Alzheimer’s disease on June 7, the Washington Post reported. Foust shared highlights of Alden’s career and life during the Fairfax County Board of Supervisors’ meeting last week.

Born in D.C., Alden worked as a sportswriter for the Cleveland Press before joining the Washington Post in 1952, Foust said. Alden covered wars, riots, natural disasters and more during his nearly 50-year career at the Washington Post.

Foust remembered Alden as a “living legend in McLean.” On the local level, Alden advocated for the community complex that houses McLean Central Park, the Dolley Madison Library and the McLean Community Center.

Foust said that the then-governing board of the community center wanted to name the building after him.

“If you knew Bob, you know he refused,” Foust said. “That would not be acceptable to him. He wanted it named the McLean Community Center.”

The community center’s auditorium and theater were named after him instead.

“He was an amazingly successful, amazingly accomplished and unbelievably nice, friendly, courteous, kind guy,” Foust said. “We are going to miss him so much.”