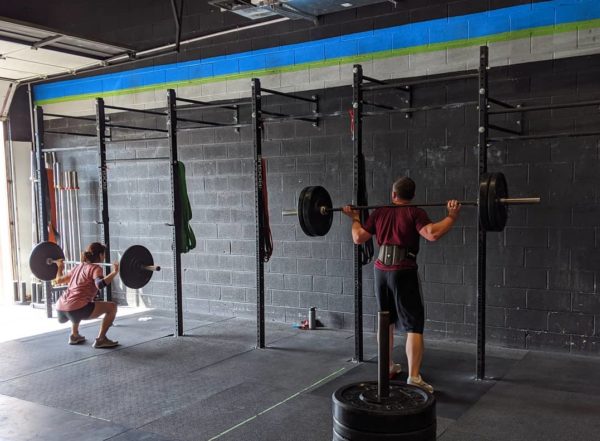 Owners of CrossFit gyms in the Tysons area are distancing themselves from an insensitive tweet by CrossFit’s CEO.

Greg Glassman, the CEO, recently apologized for saying “It’s FLOYD-19” in response to the Institute for Health Metrics and Evaluation’s tweet calling racism a public health issue, according to BET.

Reebok and several CrossFit athletes have since cut ties with the branded fitness regimen because of the tweet, and hundreds of gyms across the U.S. have disaffiliated from CrossFit over the tweet, according to reports from Forbes and People.

Tysons Reporter reached out to CrossFit gyms located in Vienna, Falls Church and Tysons. Six of them have denounced Glassman’s tweet.

The staff behind the CrossFit Tysons Corner (8453-K Tyco Road) told Tysons Reporter in an email that they do not condone Glassman’s statements. “We are exploring options for de-affiliation,” the email said.

Curtis Blake of CrossFit Falls Church (130 W. Jefferson Street) said that its members are aware of the gym’s stance.

“I was deeply saddened by the insensitivity that was shown and/or the malice in Glassman’s post,” Blake told Tysons Reporter. “I would like to see him step down and a change in leadership before we personally [make] a decision.” Blake declined to comment further.

CrossFit Route 7 (8504-B Tyco R0ad) and CrossFit North Vienna (234 Dominion Road NE) — a.k.a. the Phoenix Athletix Club — both shared on social media that they do not support Glassman’s comments.

Meanwhile, CrossFit Fairfax (2831 Dorr Ave) wrote on Facebook that it will honor the Black Lives Matter movement on Saturday, June 13, but did not include a direct mention of Glassman’s tweet.

“Racism and discrimination have no place in our gym, the broader fitness community, or the world at large,” the post said.

“I simply wanted to iterate to our extended community that we are steadfast in our beliefs, have always and will always operate without discrimination,” Ford told Tysons Reporter. “We openly welcome ALL people with no concern for race, religion, gender(s), sexualities or otherwise.”

Ford said that the incident “called into question the beliefs of CrossFit affiliates all over the world, and I personally and professionally felt the need to remind our community that no matter what methodology we use for fitness, we are resolute in the principles we’ve been known for by our community.”

The location is still a CrossFit gym, “however only time will tell what the future may hold for us in terms of affiliation,” Ford said.