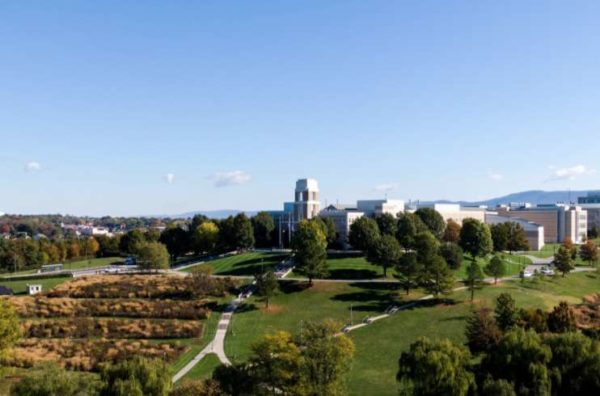 After her graduation from McLean High School in 2018, Isabel Romov received a prestigious scholarship that allows her to study a rare heart disease that can cause sudden death in young adults.

Romov is an upcoming junior studying biotechnology at James Madison University in Harrisonburg, Va. As the inaugural Beckman Scholar, Romov will assist JMU Chemistry Professor Nathan Wright with research over the course of a roughly 15-month period, according to a press release.

Romov will focus on arrhythmogenic cardiomyopathy. The disorder is transferred genetically from someone’s family and causes arrhythmias and thickens the walls of the ventricles in the lower chambers of the heart, the press release said. It affects roughly one in 5,000 people, according to Boston Childen’s Hospital and can cause sudden death, cardiac arrest or the sudden loss of consciousness.

Though Romov hasn’t worked with Wright before, she first expressed interest in his work after viewing one of his guest lectures.

For the research, the team is looking at the DNA, learning how to block the disease mutation and creating a “molecular Band-Aid” to cover it up, Romov said.

The scholarship includes $18,600 to funnel into her research.

Romov said the scholarship is competitive, and she thinks she was chosen because of her dedication to perfection, high grades and drive to help people after her mother passed away from amyotrophic lateral sclerosis (ALS) almost two years ago.

“It has given me a motivation I don’t think anyone else has unless they’ve been in that situation,” she said. “I want to help people and the fact that science works for me and I love it is secondary.”

Growing up, Romov said she struggled during high school because many of her teachers didn’t realize what was going on in her family life, but she said she was thankful for the competitive curriculum that helped her prepare for college.

Now at JMU, Romov serves on the board for Delta Gamma, a social sorority she said strives towards high grades, and is also a member of TriBeta, an honor society for biology students.

After college, she hopes to work with a biotech company or another institution that will help her pursue a graduate degree. Since Romov said she has been working since she was 14 years old, one of her main goals in life is to become financially independent.

“Going to a job is very exciting for me and I’m excited to learn and work in the science field.”