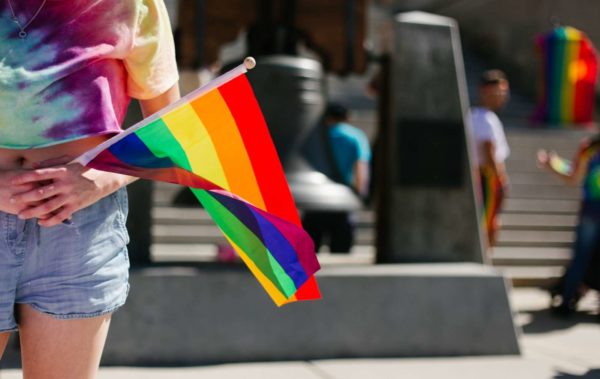 For roughly 500 kids in Northern Virginia, the annual Pride Prom hosted by Tysons-based NoVA Pride was a time where they could have fun and connect with their peers.

Though COVID-19 has put a damper on in-person Pride celebrations this year — and led to Pride Prom’s postponement twice — NoVa Pride is still working to support members of the LGBTQ+ youth community. Pride month is meant as an inclusive, celebratory event commemorating Stonewall.

Amy, the director of youth outreach for the group, said they decided to set up virtual activities where participants can connect with their friends.

These kids need extra support in the age of COVID-19 since LGBTQ+ youth may not have as much support at home, according to Amy, who added that a lack of peer support and contact could put them at risk.

“Many kids rely on schools for affirmation and validation,” Amy said. “They’re the ones who are experiencing more social isolation.”

The digital events, which Amy said are held every other week, include Netflix parties, Q&As with student leadership and an Instagram chat option.

Anyone who wishes to get involved with these events can check out NoVA Pride’s website and social media.

For the next meeting, NoVA Pride will be teaching a DIY drag tutorial, according to Amy.

Though many of NoVA Pride’s events are aimed at kids in ninth-12th grade, the organization also works with adults, serving as a resource to help connect new community members with LGBTQ-friendly churches and groups.

“From what we’ve seen, adults aren’t really looking for anything online,” Amy said.

Regarding the Black Lives Matter movement sweeping the country, Amy said she wants people to remember that Pride festivities were inspired by the Stonewall Riots, which were sparked by transgender women of color and other members of the LBGTQ+ community in response to police raids.

🏳️‍🌈Pride as we know it began with a riot. We stand in solidarity with the recognition that one’s race should not endanger them, one’s gender should not hinder them, one’s sexuality should not isolate them. Equality & equity are essential for freedom. 👊🏼 #BlackLivesMatter pic.twitter.com/XDamOtjQMo

NoVA Pride’s mission is “to cultivate and grow a coalition to educate, advocate and celebrate in service to the [LGBTQ+] community of Northern Virginia and our straight Allies.”

“Nothing we have done has changed, we are a very diverse and inclusive organization in general,” Amy said. “The same youth leaders who are serving as Pride Prom leaders are the ones in their communities advocating for racial justice and racial equity.”

For anyone struggling with their identity, depression or social norms, the Trevor Project aims to prevent suicide and self-harm in LBGTQ+ youth across the country, according to its website. Though it has no official affiliation with NoVA Pride, Amy said it is a wonderful resource.

Currently, Pride Prom is scheduled to be held in August but Amy said it is unclear if they will be forced to cancel with how quickly things seem to be changing with COVID-19.

Photo via Allie on Unsplash