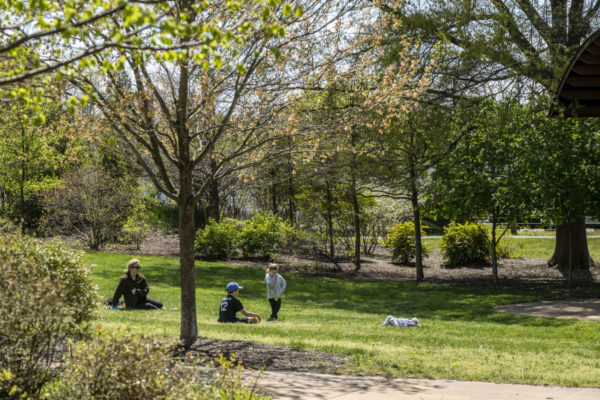 COVID-19 restrictions have started to ease up around Fairfax County today (Friday).

Now that the county is joining the first phase of Gov. Ralph Northam’s reopening plan, here’s what people who live and work around the Tysons area need to know about county-operated facilities.

Parks and parking lots controlled by the Fairfax County Park Authority are open with the exception of dog parks, visitor centers, playgrounds and public restrooms, according to the website.

Athletic fields will officially open for unpermitted groups of 10 or less on Friday (May 29) under phase one of plans to reopen the county.

Both publicly and privately run pools are currently not allowed to open yet, the website said, adding that certain pools might open for lap swimming during phase one. Pools run by the Park Authority will not open at all this summer.

At schools in Fairfax County, both the tracks and tennis courts have been reopened but playgrounds, basketball courts and athletic fields will remain closed for the time being, according to the website.

Fairfax County summer camps have already been canceled, according to a press release.

For people indoor entering public spaces, the Virginia Department of Public Health announced that they are required to wear a mask or protective face covering. This order will go into effect on Friday (May 29) but the Centers for Diseases Control have suggested for weeks that people cover their mouths and noses to reduce the risk of spreading the virus.

Anyone with additional questions can check out the website or email staff members from 8 a.m. until 6 p.m. on weekdays.

Farmers Markets will look different this year with the implementation of preorder options and social distancing guidelines.

In the City of Falls Church, people can visit the market only to pick up preordered goods. Shopping and browsing will not be allowed, according to the website. A list of vendors at the Falls Church Farmers Market can be found online.

The future of the McLean Farmers Market, which is run by the county, is still unclear. Opening dates have not been announced yet, according to the Fairfax County website.

All Fairfax County Public Library branches will be closed until further notice, according to the website — but this doesn’t mean that libraries aren’t offering online resources for patrons.

Anyone with a library card can check out digital resources such as e-books, audio files, online magazines and videos.

People can also pick up a new hobby like learning a new language, redesign their home using tips from the library and even learn about family heritage, according to the website.