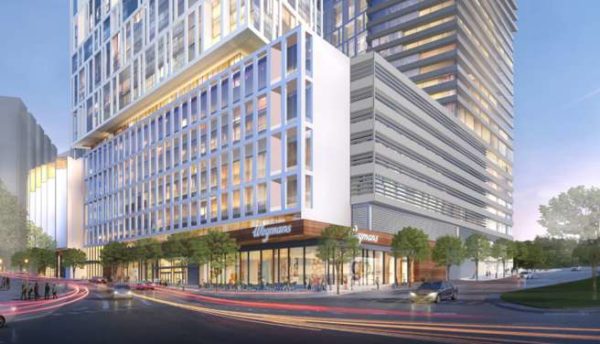 Due to COVID-19 concerns, Wegmans announced yesterday (Tuesday) that grand opening events are a no-go for its upcoming stores this year, including the Tysons one.

“As we keep the safety of our employees and customers a top priority, we’ve had to rethink how we open these stores,” according to a press release. “While we love the excitement of opening morning, with customers anxiously awaiting to see their new Wegmans, we know this isn’t possible as the need to maintain social distancing remains.”

Instead, the grocer plans to share a “targeted timeframe” for when each store will open.

Once customers are allowed inside, shoppers can expect a line to enter, along with limitations on how many people can be in the store at a given time, the press release said.

Additionally, Wegmans said that its three stores opening this year will all have online ordering via curbside pickup and delivery: “We encourage customers to take advantage of these services.”

The 80,000-square-foot store (1835 S. Capital One Drive) is expected to employ roughly 480 people and will include a Market Café with indoor and outdoor seating and The Burger Bar.

The building that the store will be in also plans to include residential units, parking and a 1.2-acre rooftop park atop the building.