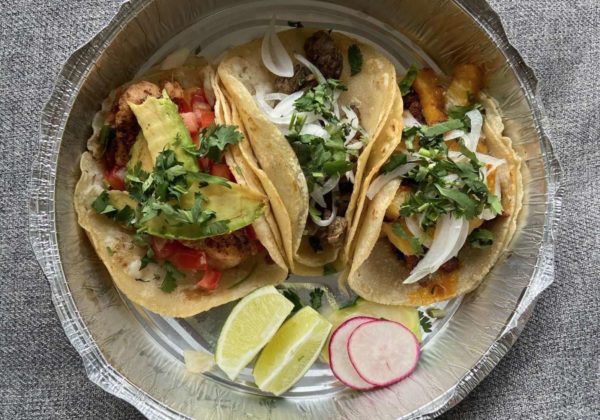 Tomorrow is Cinco de Mayo and Taco Tuesday — and local Mexican restaurants are offering specials, to-go margaritas and more for the festivities.

Cinco de Mayo is an annual celebration stemming from the Mexican Army defeating the French Empire during a battle on May 5, 1862 and — especially in the U.S. — is a day to honor Mexican culture, according to History.com.

Rango’s Tex-Mex & Grill (1934 Old Gallows Road) opens at 2 p.m. for Cinco de Mayo for pick-up, according to its website. The online menu for the festivities includes a family meal to feed four to five people, a “30 Taco Pack” and margaritas and sangria. Diners can also order individual Mexican dishes as well.

El Sol (262 Cedar Lane, Suite C) in the Cedar Lane Shopping Center has a $7 to-go margaritas and $4 tequila and mezcal shots special for Cinco de Mayo, according to its Facebook page. Diners must order food and alcoholic drinks over the phone at (703) 712-7701. The menu includes tacos, quesadillas and more Mexican fare.

While La Sandia (7852 Tysons Corner Center) is closed, the restaurant has shared its Baja Fish Taco recipe on Facebook. Meanwhile, Tequila Grande (444 Maple Ave W.) in Vienna is closed and moving to Oakton.